University of Missouri Officials Wage War on the First Amendment


It’s stunning how quickly the story in Columbia, Missouri, has turned from a debate about racism in the university community to a story about free speech—and attempts to limit it.

Most prominently, the video of a crowd intimidating a photographer—a student journalist—and attempting to block him from doing his job went viral. Tim Tai, the 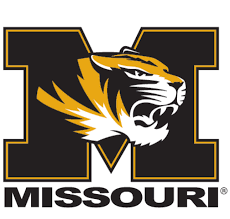 photographer, asserted his First Amendment rights with impressive poise and calm, given the pressure on him. (On Tuesday, the faculty of the School of Journalism were voting on whether to strip Melissa Click—an assistant professor of communication shown calling for “muscle” to push a reporter out—of her “courtesy” appointment in journalism.) Suddenly, the focus of the University of Missouri story has become about free speech.

That’s even more true after an email Tuesday from university police.

The rest of the Atlantic article goes on to discuss the conflict between university officials wanting to provide a safe place for their students while not trampling on the requirements of the First Amendment that protects Free Speech. As any first year law student will tell you, a public university doesn't have the right to adopt rules and regulations that override the constitutional guarantees contained in the First Amendment.

"You can't restrict free speech based on concepts of decency," Davidson said. "The First Amendment is not to protect 'pretty' speech; it's designed to protect offensive speech."

Gregory Magarian, a Washington University in St. Louis law professor who specializes in free-speech issues, said the vagueness of the email is problematic. The email only says that students should report "hateful and/or hurtful speech," but doesn't define what that is.

"It's important to make sure you don't chill, punish or deter speech that is protected and (speech) that doesn't fall into that zone of being threatening or unduly aggressive," Magarian said.

On Tuesday night, the American Civil Liberties Union of Missouri voiced its "disappointment" in the new MU Police Department initiative.

"The ACLU of Missouri is disappointed with the recent request by the University of Missouri Police to report ‘hurtful speech,’ which simultaneously does too much and too little," Jeffrey Mittman, Executive Director of the ACLU of Missouri, said in a statement. "Racial epithets addressed to a specific person in a threatening or intimidating manner can be illegal, and may require action by police and/or university administrators. But, no governmental entity has the authority to broadly prohibit ‘hurtful’ speech — or even undefined ‘hateful’ speech, or to discipline against it."

Unfortunately what is happening at the University of Missouri officials and students attempting to stamp out speech they deem "hurtful" and "offensive," and in doing trampling on the First Amendment, is taking place on college campuses all across the country.  I would strongly recommend people read The Silencing, a book written by Kirsten Powers, a former staffer in the Clinton administration and current Fox News contributor, who documents the increasing liberal assault on free speech on college campuses.

Universities have been virtually owned by the left for decades, and they are increasingly used as social justice staging grounds. The few non-leftists on campuses have been timidly mute. (e.g., Duke lacrosse debacle, the Tim Hunt firing) Libertarians do our share of objecting, but there aren't enough of us. Conservatives don't show the spine to challenge the left, and so have forfeited influence on most campuses. This has happened even in states where the GOP has been firmly in control, where Republican governors have controlled university boards, and where the boards are composed largely of self-imagined conservatives. Neoconservatism is in some regards spineless, which is partly explained by the fact that prominent founders of neoconservatism came from the left and still lend it some types of sympathy. It is also explained by the fact that neoconservatives (or simply conservatives, if you prefer) have no more respect for property rights than do leftists (of all stripes). And neoconservatives are as likely to judge people in collective ways (race, gender) as leftists are, no matter what they might claim.

This is the drama playing out of freedom dying in America, and you would think that conservatives were as tiny and impotent as libertarians judging by their efficacy in responding. Actually they pander more than respond. And so in my town of Fishers an ostensibly conservative female candidate for office offers herself in the cause of "diversity" and nothing more, and is elected.

The left is the immediate threat, but they would not be if conservatives (Republicans) were interested in meeting the challenge. You can be sure that most elected Republicans will hide in hopes that the latest campus outbursts pass, mouth platitudes in the process. Which Republican presidential candidate has addressed the threats posed by social justice warriors?

I would be remiss in ignoring the fact that the upsurge in racial conflict has everything to do with the drug war, mass incarceration, and other affronts to justice. Conservatives are greatly responsible for this undermining of property rights (in self, as Madison defined it), and the brutalizing of minority America. The right has knowingly criminalized Blacks to an appalling degree. Unfortunately the response by Blacks is not to target the real perps in the system, but hobgoblins fed to them by leftist intellectuals.

This is idiotic. The University of Missouri is an institution of lower, miseducation.

Mitch Daniels sent an email praising Purdue's "values" that stand in stark contrast to the environment on the campus' of Mizzou and Yale. The Blade's troll game is pretty good.