Today the Seventh Circuit released an opinion upholding the federal district court's opinion that Marion County's judicial election scheme for Marion County violates the Constitution by affording voters no real say in the election of those judges.

For those of you unaware, the way it works in Marion County is that if there are 16 judicial slots to fill in a local judicial election (there are two such elections every six years), the Republicans nominate eight and the Democrats pick eight.  In the general election, 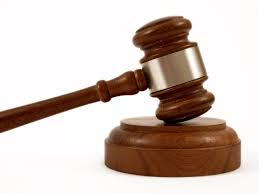 all the Republican and Democratic candidates are elected.

What is not getting a lot of coverage is how this electoral system has tied in with Marion County judicial slating.  A Judicial Qualifications Commission opinion over 20 years ago found that requiring candidates to pay a slating fee for a judicial endorsement is a violation of the Indiana Code of Judicial Conduct.   That opinion was reaffirmed just a few years ago.  Nonetheless, the local parties continue to extract slating fees of approximately $25,000 apiece for attorneys wanting to run for judicial office.  Needless to say, judicial slating fees are a significant source of income for county political parties.

In recent years, candidates who don't receive their respective party's chairman do not even bother going through slating. With 85% or more of those voting at slating appointed by the county chairman, it is easy to rig the process for the chairman's preferred candidates.  No candidate who has chosen to not pay the slating fee has ever been slated.  Because of the huge institutional advantages afforded those who are slated, it is rare that a non-slated candidate can win a primary.  While most judicial candidates I've talked to despise paying the slating fee, they know if they refuse, their Marion County judicial career will almost certainly be over.

If Marion County judicial candidates could lose the election, would they still pay a $25,000 slating fee?  Unlikely.

In response to the ruling, the legislature could adopt an at-large system for electing Marion County judges.  Given how Democrats dominate Marion County that scheme would likely produce a county bench entirely made up of Democrats.  The Republican dominated legislature is unlikely to pick that option.   Another electoral option would be to draw legislative districts.  However, since Marion County has 32 Superior Court judges, that would be a cumbersome process and inevitably result in a lot more Democrats than Republicans elected.

A non-electoral option is that the legislature forms a body similar to the Judicial Qualifications Commission to examine and screen candidates for appointment.  Or the Commission could actually make the appointments.  While reformers, including Common Cause which brought the aforementioned lawsuit, would tout this option as removing or reducing politics from the process of selecting judges, my experience is that the Commission selection process actually can be extremely political.  Politics behind closed doors, without public scrutiny of deals being cut and alliances being formed, can be the worst type of politics.

Another option that would continue with the 50-50 split would be to allow the Governor to pick the judges with the requirement that no more than half of the candidates be of one party.   This is similar to the current statutory scheme for filling vacancies on the bench.  The Governor selects the judge but the attorney must be of the same party of the person leaving the bench.    This statutory scheme would be slightly different (and probably has to be in order for it to pass constitutional muster) in that the current GOP Governor would have the option of appointing half Republicans then also appoint a slew of independents and Libertarians, as well as Democrats, to make up the other half.  That's probably not going to happen, however.

Regardless of which option the legislature picks, the decision has dealt a death blow to Marion County judicial slating. Let's hope it stays dead.

See other Ogden on Politics articles on slating:

Friday, October 10, 2014, Federal Court Strikes Down How Judges are Elected in Marion County; Is Judicial Slating the Next to Fall?

Friday, January 4, 2013, Slating and the Selection of Marion County Judges by County Chairmen: It is Time for the General Assembly to Reform the System

Advance Indiana has also covered the subject.  Below is one such article:

I have always thought that it is silly the way the Legislature micro-manages each County’s Courts in the Indiana code. Some counties elect their Judges, while some other counties have their Judges appointed. Some counties have official Probate Judges or Small Claims Judges, while some other counties do not.
To start with, Courts should be automatically be apportioned by County population with every Judge possessing General Jurisdiction.

As currently structured, don't expect judges to rule in favor of taxpayers beyond the lobbied interests of more misshapen / morbidly proportioned government / statism; remembering who manages their appointments & retirement accounts. The system is structurally compromised & foul.