There has probably been no bigger change in the Republican Party during the last 15 years than the GOP's move away from a "law and order" tough on crime to embrace criminal justice reform, including support reduced sentences for non-violent offenders and second chances for felons. Republicans are even leading the charge on reforming and ending civil forfeiture.   Below is a press release I recently received from the Charles Koch Institute discussing a seminar at which criminal justice reform was discussed. 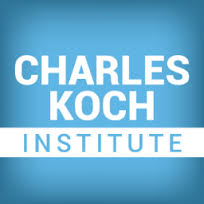 “While recent reforms to the state’s criminal justice system have been encouraging, there is more work that needs to be done, as the prison population is still too high,” said Vikrant Reddy, a senior fellow on criminal justice and policing reform at the Charles Koch Institute. “Far too many children have a parent behind bars, often resulting in broken families, instability, and a lifetime of reduced opportunity. The good news is that policymakers in Indiana have demonstrated that they care about this issue, with people on both sides of the aisle working towards change.”

As in many states, Indiana's prison population has swelled for years, and a large number of people have been incarcerated for nonviolent crimes. Much of this can be attributed to the commonly used “tough on crime approach” of recent decades. Between 2000 and 2010, the state prison population increased 47 percent, diminishing opportunity and well-being for people throughout Indiana. Tragically, one out of every nine children in Indiana has an incarcerated parent. The statistics have leaders throughout the state considering different approaches that focus on rehabilitating nonviolent offenders while also ensuring that public safety is not compromised.

During his keynote speech, Gov. Pence stated, "To really confront the challenges we face in criminal justice we need [...] an all of the above approach to end the cycle of recidivism."

Today’s event brought leaders from different perspectives together not only to address Indiana’s criminal justice challenges but to commit to working together on potential solutions.

“The Charles Koch Institute is pleased to have played a role in fostering a productive discussion that we hope can lead to meaningful change for the people of Indiana,” said Reddy. “We believe that sound criminal justice policy holds people accountable, but it also provides second chances for those who have paid their debt.”

This forum is one of a series of nationwide events that examines the impact of the criminal justice system on offenders, their families, and communities and how reform can improve overall well-being and opportunity.

The Charles Koch Institute is a non-profit educational organization, with more than 2,500 alumni of its programs, focused on the importance of free societies and how they increase well-being for the overwhelming majority of people. Through sound research, education, and robust discussion, CKI aims to advance understanding of what it means to flourish and how to enhance people’s ability to lead better lives.

I'll believe when Pence takes the lead in legalizing marijuana in Indiana.

The event organizers are a joke for inviting Deborah Daniels and Mike Pence! Your worship of Mike Pence is irritating a lot of your readers!

Flogger, certainly Pence didn't take the lead, but he signed a bill lessening marijuana penalties in Indiana. Pence is probably the only Governor to have done that for maybe 20 years.

Rising crime stats do reflect poor policy choices previously. I don't see any of these reforms reducing crimes so why waste time with them?

And Gov. Pence signed the industrial hemp farming bill too.