Why Aren't Liberals Demanding that Wal-Mart End Racial Segregation of Its Book Shelves?

Target recently decided to stop segregating toys by gender, i.e. male and female toys.   That returned me to a subject I discussed a few years on Facebook but I had not blogged about - racial segregation of the Wal-Mart book section.

I was walking through my local Indianapolis northwest side Wal-Mart in 2011 when I came across the store's book section.  I could not believe it.  All the black authors or books with black people on 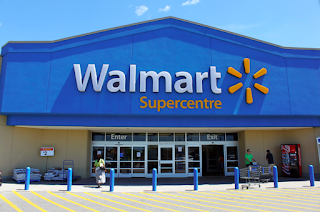 the covers were in one section. The white authors and books with white people on them were in another section.  We're not talking about an African-American history section.   Both fiction and non-fiction, regardless of subject, were placed on shelves according to race.

It turns out this particular store on Lafayette Road is not the only Wal-Mart that does this.  The September 2010 issue of the CleveScene discussed an article that an Akron Beacon Journal columnist did on the subject:


Wal-Mart is in the business of making money. The process by which it does so is attracting a certain brand of consumer and keeping things simple.

This goes for selling books just as much as it does for hawking economy-sized packages of tube socks.

Grouping books together by general topic and genre for easy perusal is how the book world operates. It's convenient, tried and true, and intuitive even to the book-shopping novice.

Ohio Wal-Marts take it a step further, putting works by and about African Americans in a section by themselves and not including them in their larger categories.

Because it's not enough to separate books like every other bookstore in America, breaking up fiction, history, self-help, sports, art, music, etc.

Obviously a young white male interested in sports wouldn't want to have any sports books involving African Americans mixed in with the rest of the offerings. And if you're a black female looking for a book about religion, you certainly wouldn't want to peruse any book written by a white pastor.


At the Walmart on Arlington Road in Springfield Township, you'll find two fancy, hardcover books by people who are household names in professional football. Drew Brees, quarterback of the 2009 Super Bowl champion.

But you won't find those books side by side. Why? Because Brees is white and Dungy is black.

The black guy goes in the black section. After all, who other than a black person would want to read a book by an insightful, ethical, inspirational football coach?

At the Walmart in Montrose, Storm Warning, by hugely popular white pastor Billy Graham, can be found in the religion section. But Life Overflowing, by hugely popular black pastor T.D. Jakes, is in the black section, along with Dungy and Obama and Sister Souljah and Adrienne Byrd and all those other people whom Walmart believes are pretty much the same.

I am not aware of any other store in the country that segregates books by race.   Yet remarkably, liberals who successfully demanded that Wal-Mart not sell the confederate flag in its stores, seem to have no problem with blatant racial segregation of books within the store.  I wonder if liberals would be offended if Wal-Mart installed "white" and "colored" drinking fountains?  Probably not.
Posted by Paul K. Ogden at 1:27 PM