Education Activists Need to Stop Exploiting Schoolchildren for Their Cause

The education reform group, Stand for Children Indiana, has requested the Indiana Department of Education investigate letters writer by school children that were sent to the Board of Education and legislators.  Fox 59 reports:


The request for an investigation comes after students at Wilbur Wright Elementary emailed letters to state officials.  Stand for Children Indiana says the letters used “political rhetoric that reads more like campaign talking points than authentic content
from a legitimate civics lesson.”

The teacher, Mary Jane Dye stated in the e-mail with the letters: 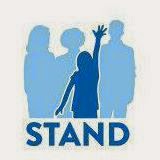 “I am forwarding essays my students wrote about their educational experience and thoughts regarding reform in Indiana.  These were not coached….students did research in the computer lab and at home and wrote the essays in class.”

The group says some letters referred to Gov. Mike Pence as a “dictator” for supporting a bill that would allow the Board of Education to elect its own chair rather than have the State Superintendent of Public Instruction automatically seated as chair.

“The public deserves to know whether any political or partisan actor played a role in encouraging or manipulating students to lobby state leaders on school time,” said Stand Indiana Executive Director Justin Ohlemiller. “Political debate in the halls of the Statehouse is absolutely acceptable, but if politics has entered our classroom and children are being used as political pawns, then that’s outrageous and should never ever happen.”

Ohlemiller pointed to several quotes from the letters:

“People are taking away Glenda Ritz’s power and we must not let that happen,” writes another.  “1.3 million people voted for Glenda Ritz. That’s more votes than the governor received.”

School Board Member Sarah O’Brien is also a teacher and mother of young students. She says the letters cross the line of being appropriate in the classroom setting.

The teacher should be investigated by the school district and reprimanded if she had her students engage in political advocacy during classroom time.  Elementary school children are easily influenced by teachers.  The notion that all the students, without influence from their teacher, fairly examined the complex issues involved in the Ritz-Pence dispute and came down on the side of Ritz is, well, ridiculous.  Obviously the teacher was engaged in political advocacy in an elementary school classroom and that is inappropriate.

The problem though with Stand for Children position is that the organization's position reeks of hypocrisy.  Stand for children as well as other pro-reform groups, are constantly using young kids as props in their Statehouse political rallies, having them hold signs advocating political positions on complex issues they are far too young to understand.  Those supporting traditional public schools do the exact same thing.  The fact that the children might not be losing classroom time doesn't change the fact that their youth is being exploited by adults who want to score political points.

Education reformers and those who support traditional public schools: please stop exploiting schoolchildren for your cause.
Posted by Paul K. Ogden at 6:22 AM

Couldn't agree more. What's done politically with regard to education has absolutely nothing to do with school children, so why on earth should we be talking about them at all?


Seriously? With education under assault from the GOP on all sides, you're concerned that a class of kids researched and wrote about the campaign by our Gov against an elected official?

Anon 8:25 am, when did I say we shouldn't be talking about children in the education debate.

Anon 1:30 pm, you actually think elementary school children researched the issue and all independently came to the same conclusion that Pence's position in the education debate was wrong? You believe that they all decided to on their own write letters condemning Pence, without any influence of their teacher? You don't seriously believe that.

The so called "profession" of teaching is populated with educrats or hack-tivist anglers of the public purse. Children are the perennial foil for what's pathetically adult day care.

Paul, the difference between waivibg signs and writing letters during school hours possibly guided by a schoolteacher is that the latter is done on taxpayer time.

After 30 years as a public high school classroom English teacher, I applaud students' crafting persuasive op/ed pieces; however, I would never, under any circumstance, use my position as a public employee or use my public school email account to send these op/ed pieces to any public board, commission, or official. If an individual student wishes to send his/her letter on his/her own time outside school hours, then fine. This teacher was way off base.