To allay concerns about a proposed $18.5 million tax incentive package, Angie's List officials reassured a committee of the City-County Council that the company will be in Indianapolis for a long time to come.

And if not, they reasoned, taxpayers will get some of their money back.

The Metropolitan and Economic Development Committee on Monday gave the deal a near-unanimous yes vote, sending it on to the full council for a vote next month.

The online consumer review service last fall proposed a major expansion that would add more than 1,000 jobs and relocate 800 others to its campus headquarters on East Washington Street.

But company officials say they can't do it without taxpayer help — at least not on Indianapolis' Near Eastside.

During the testimony, Angie's List Chief Executive Officer admitted the company has never turned a profit in 18 years of existence.

The vote appeared in committee appeared to be 6-1, with only committee chair Eugene Robinson voting against it.  Committee members Democrats Zach Adamson, John Barth and Vop Osili voted for the $18.5 million subsidy along with Republicans Ginny Cain, Jeff Miller, Will Gordon.  Committee member Mary Moriarity Adams did not appear to have voted on the proposal.

Much ado was made by Angie's List officials of placing money into an escrow account as security for the city's "investment."  If Angie's List failed to live up to its financial commitments, the City supposedly can drawn down the money out of the escrow account. But as counsel for the Council Fred Biesecker pointed out, should Angie's List files for bankruptcy, the City is simply in the position of a unsecured creditor and that escrowed money would go, not to the City, but into the bankruptcy pot to be paid first to secured creditors and then divided among the unsecured creditors. Translation:  Indianapolis would at best get only a tiny fraction of its $18.5 million "investment" returned if the Angie's List is placed into bankruptcy.

Biesecker also brought up the fact that Angie's List has been sued in federal district court by shareholders alleging securities fraud.  That is discussed more below.

Barely mentioned during the committee meeting was that in August 2011, state and Indianapolis officials gave Angie's List $14 million for the expansion of their campus, including $4.6 million to purchase real estate.  The subsidy was conditioned on hiring 500 more employees.  I wrote about the matter in October of 2014:


The news since that original subsidy has been entirely bad.  The Indiana Business Journal in May of 2013 did an expose of questionable real estate dealings by Angie's List CEO Bill Oesterle, dealings ironically that were made possible by the 2011 taxpayer subsidy.  While that article is now behind a paywall, Gary Welsh of Advance Indiana reviewed the IBJ story and summarized it well:

[IBJ's Chris] O'Malley explains how Oesterle formed a separate company, Henry Amalgamated, in which he owns a 70% stake, to acquire nearly 40 parcels of property on the city's near eastside. Karl Northern owns the minority interest. That company, in turn, leased their property at premium lease rates to Angie's List for its expanding headquarters and operations. The combined assessed value of the properties owned by Henry Amalgamated is just $2.625 million; however, Angie's List is acquiring the properties from their CEO's company for $6.25 million. Oesterle defends the sale, claiming that no cash is exchanging hands, at least cash that came from his hands. That's because Mayor Greg Ballard, who has received large campaign contributions from Oesterle, was very generous with your tax dollars and gave Oesterle's company $4.6 million in incentives from the downtown TIF district after the company pledged to keep its headquarters in downtown rather than relocating to the suburbs. Oesterle allowed the value of those incentives to go to Angie's List as part of the sale.

Then in December of 2013 came news of an investor class action lawsuit against Angie's List. Welsh of Advance Indiana summarizes the lawsuit which accuses Angie's List officers of fraud:

A class action lawsuit filed in the U.S. District Court for the Southern District of Indiana charges key officers of Angie's List of defrauding investors who purchased stock in the company between between February 14, 2013 and October 23, 2013 by issuing  materially false and misleading statements regarding the strength of the company’s business model and its financial performance and future prospects and failed to disclose adverse effects on the company's prospects of becoming profitable. Named in the lawsuit are the company's CEO, William Oesterle, the company's co-founder and Chief Marketing Officer, Angie Hicks Bowman, current and past CFOs Charles Hundt and Robert Millard, and Thapur Manu, the recently-terminated Chief Information Officer. 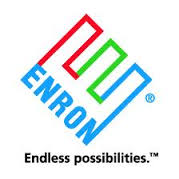 The serious allegations contained in the lawsuit call into question the legitimacy of the subscription-based reviews of local service providers on the company's website because of its shifting business model, which increasingly relies on revenues it now derives from referral fees to those same service providers. According to the lawsuit, Angie's List this year began relying on offering free membership subscriptions in order to artificially boost the number of subscribers in order to mislead investors. This helped boost the price of the stock significantly during the period in question. Oesterle and the other officers cashed out many shares they owned during this period for a handsome profit. Oesterle sold 486,400 shares of stock for more than $10.3 million, while the other officers collectively sold about $3 million of their personally-held shares of common stock "to the unsuspecting public at fraud-inflated prices."

But that wasn't the end of the bad news.  Despite receiving the $14 million subsidy in 2011 conditioned on hiring more employees, in August of 2014 Angie's List laid off 97
members of its sales force.

Then in September of 2014, it was reported that Angie's List had hired investment bankers to consider a sale of the business.

Previously I compared Angie's List to Litebox.  That was a bad comparison.  A much better analogy is Enron, a company with politically-connected leadership that operated on smoke and mirrors.   A difference though is at least Enron appeared to turn a profit.  A few years down the road, Angie Hicks and Bill Oesterle, as well as other Angie's List executives, are going to walk away multi-millionaires from having leading a company that never made a profit.   And this will all be made possible thanks to elected officials who have never seen a corporate scheme they wouldn't subsidize with the taxpayers' money.

Note:  The Angie's List and Enron symbols are placed in this article by the editor of the blog and were not part of the quoted sources.
Posted by Paul K. Ogden at 1:30 PM

It is no surprise to this long-time observer of Indianapolis politics that Vop Osili, John Barth, Zach Adamson, Mary Moriarty-Adams, Ginny Caine, Will Gooden and Jeff Miller support corporate welfare. Is there any crony corporate give-away of the taxpayer money these people do not like?

Will some of that corporate welfare will end up in their campaign funds where we can then call it career politician welfare.