TheStateHouseFile.com, in an article published on the Indianapolis Star's website, reports that the Bureau of Motor Vehicles will be ending its inmate made license plates: 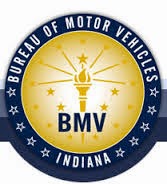 Indiana prison inmates will no longer be a part of the license plate production process as of May 1.

The Indiana Department of Motor Vehicles ended its contract with a company earlier this
month that had worked with Prison Enterprises Network, which employed the state prison inmates.

PEN is a division of the Indiana Department of Corrections.

But the new vendor – Intellectual Technology Inc., which now is in charge of the production of license plates – estimated the state could save $14 million over five years by not using prison labor.

The California-based company handled the registration documents for the state for years but will expand its duties to production and facilitation of the license plates.

Rep. Dan Forestal (D-Indianapolis) expressed skepticism over the claimed savings and offered an amendment to require the BMV to include the total amount of money saved by no longer utilizing prison labor in its annual report to the Roads Committee.

Last year the Indianapolis Star published an article about how the chosen license plate vendor, Intellectual Technology, bungled billing for the BMV.  While that article can't be located, a website called Kiosk Marketplace reported on the Star's article in a May 2004 story:


A vendor hired by the Indiana Bureau of Motor Vehicles admitted Tuesday to causing the state agency to overcharge hundreds of people for license plate renewals, according to an article in the Indianapolis Star.

Intellectual Technology bungled the billing process for Internet orders that were placed on March 30, leading the BMV to charge motorists hundreds of dollars more than they owed, President Craig Litchin said.

State officials identified 872 people whose credit card and bank accounts were charged as much as three times the correct amount. The agency has corrected the error with the motorists' financial institutions, said Dan Henkel, a BMV spokesman.

Intellectual Technology is offering to reimburse vehicle owners for any overcharges and checking and banking fees. "Most of the people used a charge card, and the money was put back in their accounts before they knew what happened," Henkel said.

Under a contract with the BMV, Intellectual Technology receives roughly $4.5 million a year to help register vehicles. The company's duties include supplying 36 BMV Express kiosks where customers can renew their license plates.
...

When Intellectual Technology officials tried to fix the problem, a subcontractor for the company wrongly billed the accounts of anyone who used the Internet to renew their license plates on March 30. As a result, many motorists were billed twice.

When BMV learned of the snafu on April 19 they mailed notices to customers informing them about the mistake.  Then BMV officials asked Intellectual Technology to address the situation, but its subcontractor once again mistakenly billed the motorists.

Note: An earlier version of this story indicated that the problem with Interactive Intelligence having "bungled" billing on Internet license plate renewals was reported in 2014. Actually it was 2004.  Ogden on Politics apologizes for the error.
Posted by Paul K. Ogden at 11:46 AM