If you want to know how politicized the science behind the anthropogenic global warming theory has become, one only needs to look at NASA's press release on Friday, January 16, 2015 in which it declared that it and the NOAA (National Oceanic and Atmospheric Administration) that the year 2014 was the warmest on record:


The year 2014 ranks as Earth’s warmest since 1880, according to two separate analyses by NASA and National Oceanic and Atmospheric Administration (NOAA) scientists. 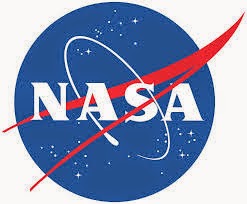 In an independent analysis of the raw data, also released Friday, NOAA scientists also found 2014 to be the warmest on record.

“NASA is at the forefront of the scientific investigation of the dynamics of the Earth’s climate on a global scale,” said John Grunsfeld, associate administrator for the Science Mission Directorate at NASA Headquarters in Washington. “The observed long-term warming trend and the ranking of 2014 as the warmest year on record reinforces the importance for NASA to study Earth as a complete system, and particularly to understand the role and impacts of human activity.”

Of course, the press release got widespread coverage with commentators treating it as validation of anthropogenic global warming which has been now relabeled as climate change.  But some reporters didn't simply regurgitate NASA claim in the press release.  They looked at the data and found problems.  Within 24 hours, NASA was backing off its claim.  The Guardian reports:

The NASA  climate scientists who claimed 2014 set a new record for global warmth last night admitted they were only 38 per cent sure this was true.

In a press release on Friday, NASA’s Goddard Institute for Space Studies (GISS) claimed its analysis of world temperatures showed ‘2014 was the warmest year on record’.

The claim made headlines around the world, but yesterday it emerged that GISS’s analysis – based on readings from more than 3,000 measuring stations worldwide – is subject to a margin of error. NASA admits this means it is far from certain that 2014 set a record at all.

Yet the NASA press release failed to mention this, as well as the fact that the alleged ‘record’ amounted to an increase over 2010, the previous ‘warmest year’, of just two-hundredths of a degree – or 0.02C. The margin of error is said by scientists to be approximately 0.1C – several times as much.

As a result, GISS’s director Gavin Schmidt has now admitted Nasa thinks the likelihood that 2014 was the warmest year since 1880 is just 38 per cent. However, when asked by this newspaper whether he regretted that the news release did not mention this, he did not respond. Another analysis, from the Berkeley Earth Surface Temperature (BEST) project, drawn from ten times as many measuring stations as GISS, concluded that if 2014 was a record year, it was by an even tinier amount.

I do believe 38% is less than 50%.  So even by NASA's own data, it is more likely than not that 2014 was not warmest year.   Yet did NASA announce that 2014 was probably not the warmest year on record?   No, NASA did exactly the opposite.  Since when are scientists supposed to be spinning data (actually in this case not just spinning, but flat out lying) in order to promote a political agenda?  I again say that the politicization of science (which is almost always to support a liberal political agenda) is one of the greatest crises we face.

The fact is you can't just stick a thermometer in the Planet Earth and take its temperature.  It is calculated by analyzing readings from temperature stations located all over the world.  Many of those stations, such as those in the old Soviet Union, have closed.  Others have opened in warmer climates.   Obviously where those temperature stations are located affects the data collected, making the comparisons from year to year difficult.  While NASA and NOAA tries to make adjustments to account for that, they are spectacularly bad at it and are constantly altering the data.   If you don't think NASA is capable of misrepresenting that information to promote anthropogenic global warming theory I point to their most recent press release about 2014 being the warmest year ever as proof otherwise.
Posted by Paul K. Ogden at 12:50 PM