Today, Governor Mike Pence and Indianapolis Mayor Greg Ballard stood before the cameras to announce that they were giving Indianapolis-based Angie's List $25 million in taxpayer subsidies so the company could expand its near eastside campus and hire 1000 more employees.

Skeptics immediately pounced on the deal.  And for good reason.  They'd been down that road before and knew better.

In August 2011, state and Indianapolis officials gave Angie's List $14 million for the expansion of their campus, including $4.6 million to purchase real estate.  The subsidy was conditioned on hiring 500 more employees.

The news since that original subsidy has been entirely bad.  The Indiana Business Journal in May of 2013 did an expose of questionable real estate dealings by Angie's List CEO Bill Oesterle, dealings ironically that were made possible by the 2011 taxpayer subsidy.  While that article is now behind a paywall, Gary Welsh of Advance Indiana reviewed the IBJ story and summarized it well:


[IBJ's Chris] O'Malley explains how Oesterle formed a separate company, Henry Amalgamated, in which he owns a 70% stake, to acquire nearly 40 parcels of property on the city's near eastside. Karl Northern owns the minority interest. That company, in turn, leased their property at premium lease rates to Angie's List for its expanding headquarters and operations. The combined assessed value of the properties owned by Henry Amalgamated is just $2.625 million; however, Angie's List is acquiring the properties from their CEO's company for $6.25 million. Oesterle defends the sale, claiming that no cash is exchanging hands, at least cash that came from his hands. That's because Mayor Greg Ballard, who has received large campaign contributions from Oesterle, was very generous with your tax dollars and gave Oesterle's company $4.6 million in incentives from the downtown TIF district after the company pledged to keep its headquarters in downtown rather than relocating to the suburbs. Oesterle allowed the value of those incentives to go to Angie's List as part of the sale.

Then in December of 2013 came news of an investor class action lawsuit against Angie's List. Welsh of Advance Indiana summarizes the lawsuit which accuses Angie's List officers of fraud:


A class action lawsuit filed in the U.S. District Court for the Southern District of Indiana charges key officers of Angie's List of defrauding investors who purchased stock in the company between between February 14, 2013 and October 23, 2013 by issuing  materially false and misleading statements regarding the strength of the company’s business model and its financial performance and future prospects and failed to disclose adverse effects on the company's prospects of becoming profitable. Named in the lawsuit are the company's CEO, William Oesterle, the company's co-founder and Chief Marketing Officer, Angie Hicks Bowman, current and past CFOs Charles Hundt and Robert Millard, and Thapur Manu, the recently-terminated Chief Information Officer.

The serious allegations contained in the lawsuit call into question the legitimacy of the subscription-based reviews of local service providers on the company's website because of its shifting business model, which increasingly relies on revenues it now derives from referral fees to those same service providers. According to the lawsuit, Angie's List this year began relying on offering free membership subscriptions in order to artificially boost the number of subscribers in order to mislead investors. This helped boost the price of the stock significantly during the period in question. Oesterle and the other officers cashed out many shares they owned during this period for a handsome profit. Ooesterle sold 486,400 shares of stock for more than $10.3 million, while the other officers collectively sold about $3 million of their personally-held shares of common stock "to the unsuspecting public at fraud-inflated prices."

But that wasn't the end of the bad news.  Despite receiving the $14 million subsidy in 2011 conditioned on hiring more employees, in August of 2014 Angie's List laid off 97 members of its sales force.

Then in September of 2014, it was reported that Angie's List had hired investment bankers to consider a sale of the business.

Astonishingly, despite all these red flags this past year as well as that Angie's List in nearly 20 years has made a profit in exactly one quarter, what do state and Indianapolis officials do? They shovel even more taxpayer money in Angie's List's direction.  The IBJ has the astonishing details:


Angie’s List plans to spend about $40 million to expand its headquarters campus on the east side of downtown and create 1,000 jobs with the help of more than $25 million in state and city incentives, according to a joint announcement Tuesday.

The Indianapolis-based consumer-review firm said that the expansion of its headquarters campus would include renovating a nearby, 176,000-square-foot Ford manufacturing facility currently owned by Indianapolis Public Schools. It also would build a 1,000-space parking facility across from its campus at 1030 E. Washington St.
...

The Indiana Economic Development Corporation has offered Angie’s List up to $6.5 million in tax credits and up to $500,000 in training grants based on the company's job creation plans. These tax credits are performance-based, meaning they cannot be claimed until employees are hired.

Of course, hiring employees and continuing to employ them is two different things, a fact that 97 employees of Angie's List recently found out.

IBJ details the city's financial commitment which is even more involved than the state's:


In addition, the IEDC said it will provide the city of Indianapolis with up to $2 million in infrastructure assistance from the state's Industrial Development Grant Fund.

The City of Indianapolis will consider additional incentives, including $9.6 million in assistance from the downtown tax increment finance district for construction of the parking garage and $6.75 million to Indianapolis Public Schools to offset the cost of relocating from the former Ford facility. 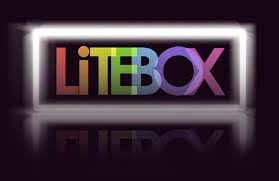 This reminds me so much of Litebox deal in which state and city officials rushed forward to offer millions of dollars in taxpayer money for a company that proposed manufacturing large outdoor TV screens at a company in Pike Township that would employ 900 people.  It turns out government officials didn't even wait for a prototype to be built before offering the money.  They also didn't bother to look into the background of Litebox CEO Bob Yanigahara who was exposed by blogger Welsh, and later investigative reporters taking Welsh's lead, as having a checkered record of shady
business deals.

At least though with Litebox, the red flags were hidden and required a modicum of digging to find them.  The Angie's List red flags, on the other hand, aren't hidden at all.  They are public knowledge. Yet astonishingly Governor Mike Pence and Mayor Greg Ballard decided even more taxpayer money should be shoveled in Angie's List direction.
Posted by Paul K. Ogden at 11:49 PM

It’s great the subsidy will allow the company to hire more than 1000 employees. The more people will get job the stronger economy is gonna be. Many people today complain on weak job market. Some people work for small salaries and often use quick cash advance loan service to stay afloat until the end of the month. They are afraid of leaving their work places because they think they will not find new jobs. Yes, the situation on the job market is not so good today. And that’s why it’s very good that some companies still can afford to hire new people and provide jobs.

Tangential, I know, but why does IPS own an abandoned auto factory?

Follow up on tangent- IPS owns a couple of rental properties / doubles in the 5100 block, west side of College Ave. Neighbors can tell you that three lettered orange trucks appear to frequent those properties for maintenance issues.