I've looked into my infamous crystal ball and here are my predictions for Tuesday.

A caveat:  polls in scores of U.S. Senate races are well within the margin of error. So turnout is crucial. I think Democratic turnout, or likely lack thereof, will doom most of their candidates in these close races.  Remember, Republicans net a net gain of six seats to gain a majority. 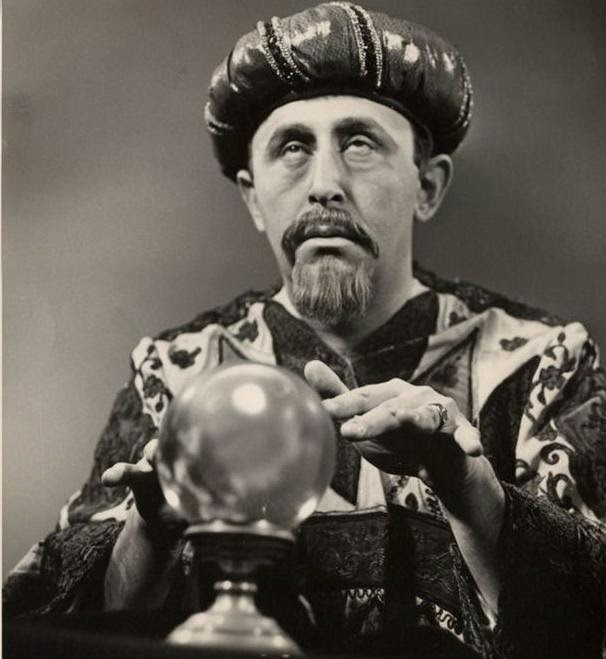 REPUBLICAN SENATE PICKUPS:  First the easy ones, Republicans pick up seats in Montana, West Virginia and South Dakota, three states that did not have substantial doubt.  I think Tom Cotton, Arkansas, Dan Sullivan, Alaska, and Bill Cassidy, Louisiana, will score fairly easy election night victories over Democratic incumbents.   A slightly closer race will be in Colorado, but I predict Cory Gardner to defeat Senator Mark "Uterus" Udall, once again proving that Democrats making abortion rights a center part of their campaign is generally not a good idea.

A closer Republican pickup will be in Iowa, but I think Republican Joni Ernst, who has been ahead in most recent polls,  will win the seat being vacated by Democrat Tom Harkin.  Finally, I may regret saying this as only recently has he started leading in polls, but I'm predicting that poor Democratic turnout in New Hampshire will put Republican Scott Brown over the top against Democratic Senator.  That makes 9 Republican pickups of Democratic seats.

DEMOCRATIC SENATE PICKUPS:  Although technically he is an independent and not a Democrat, I predict that Greg Orman defeats Republican Senator Pat Roberts.  Probably the best other Senate shot the Democrats have on election night is in Georgia, but I'm going to have to predict the Republican David Perdue will, albeit barely, keep that open seat in the Republican column though Perdue has been a poor candidate who has run a poor campaign

OTHER NOTABLE SENATE SEATS NOT CHANGING HANDS:   I'm going to go with Democratic Senator Kay Hagan to be re-elected.  That one though could easily go to Republican Thom Tillis though if Democratic turnout is down.  I think Republican Mitch McConnell will be re-elected by Kentucky voters.  McConnell challenger Alison Lundergan Grimes was just on the ballot in a bad year for Democrats or she would be the victor.

With Orman and the other independents in the Senate caucusing with the Democrats, that gives Republicans a net pickup of 8 seats, making the Senate 53-47 Republican. Bet the farm.

HOUSE RACES:   Republicans pick up 5-7 seats, with most of the gains come from northeastern states.  All Indiana incumbent members of Congress are re-elected.

GOVERNOR'S RACES:  Some quick notes on Governor races.  The Florida polls are all over the place, but I'm going to predict that Republican Governor Rick Scott defeats former Governor Charlie Crist who is running as a(n) Republican Independent Democrat in a battle between what are easily the two worst gubernatorial candidates in the country.   As far as the rest of the country, the Democrats will hold their own in Governor races, though Republicans notably pick up a governor's office in Massachusetts.

INDIANA HOUSE AND SENATE:  As Republicans have all but maxed out their advantage in the House and Senate, I expect any gains will be modest, in the 1-3 seat range in both the chambers.  I predict State Representative Karlee Macer will lose, having been victimized by low Democratic turnout and the extremely boneheaded decision of Marion County Democratic Chairman Joel Miller to send out a mailer with a handcuffed man indicating Macer's "opponent" is currently incarcerated (for stalking Macer).  Miller buried in the fine print that the person who is jailed is the independent and not her Republican challenger Bradford Moulten.  While Macer said she was "speechless" about the mailer and didn't know it was being sent, Miller still insists he did the right thing.  He did not.  Politics doesn't have much in the way of ethical lines, but Miller somehow managed to find one and crossed it.

MARION COUNTY RACES:  The closest county-wide race on election night will be for Marion County Sheriff, but I expect Democratic Sheriff John Layton to win easily.   I'm more interested in the Recorders' race because that race best gives analysts an idea what the party baseline is in the county.  In 2010, in a really good Republican year the GOP had a 44.53% baseline in Marion County.  If, despite anticipated low Democratic turnout, the Republican baseline slips to 42%-43%, the county will fall out of the competitive category.  Marion County, which in presidential elections has a baseline less than 40%, isn't that far away from taking the title of the most-Democratic county in the state away from Lake County.
Posted by Paul K. Ogden at 12:43 PM