What Do Marion County Republicans Do If Ballard Opts Against Running For A Third Term?

Imagine the scenario. It's the middle of December 2014. Indianapolis Mayor Ballard Greg Ballard steps to the podium to announce he will not seek a third term.   Just a month earlier, Republicans lost every county-wide race by over 15 points.  Republicans in Marion County scramble for a nominee, someone who will assume the responsibility of not only overcoming the Democratic partisan advantage, but doing so while facing off against a formidable opponent, former U.S. Attorney and Secretary of State Joe Hogsett. 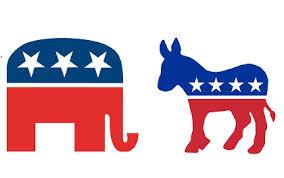 I've been assured that Ballard is definitely running for a third term.  WISH-TV reporter Jim Shella suggests that the fact that Ballard is raising a substantial money is evidence that Ballard is seeking re-election. Balderdash.  One thing that is consistent about the Ballard's campaign reports is that while he raises a large amount of money (almost exclusively from people and companies doing business with the city), Ballard's campaign, unlike every other candidate I've ever known, spends an astonishing amount of money in off-years far removed from elections. This is what I wrote about his campaign's habits after reviewing his 2010 report:

Ballard is having no problem raising money, last year clearing $988,828. But what is shocking and unprecedented, is how much money the campaign is spends in off-years. Last year, the Ballard campaign continued its high "burn rate" practice, spending an astonishing $522,356.

That means the Ballard campaign is spending 53% of every dollar it takes in. What about Ballard's opponent? In 2010, Democrat Melina Kennedy raised $868,000 and spent about $144,000. Kennedy thus spent only 17% of the money she raised.

The Ballard "burn rate" was duplicated on other off-year reports he filed.  Ballard's fundraising doesn't appear to be primarily about raising money to run for office.  Rather, it seems the purpose is to get money from government contractors in order to transfer that money to the pockets of political consultants, law firms and others who have profited off of Ballard during his 6 1/2 years in office.

So I don't buy the Shella theory.  Instead I fall back to what I know about politicians. The bottom line is that those who have won high elected office generally become very risk adverse when it comes to new election challenges.  That's why Sen. Dan Coats stepped aside when a clash with then Gov. Evan Bayh was on the horizon and it is why Joe Hogsett decided against running for re-election as Secretary of State when Sue Ann Gilroy tossed her hat in the ring.  Hogsett knew he successfully scaled the statewide Republican mountain once before against Indianapolis Mayor Bill Hudnut in 1990 and that doing so again would be difficult.

Ballard is in a similar position today having overcome the Democratic baseline in the county in 2007 and 2011, both times by very thin margins.  To try again in 2015, against a formidable Democratic candidate with even more Democratic-leaning Marion County than in 2011, would be to take a risk, especially when facing a formidable political professional.  There is nothing to indicate that Ballard enjoys the give and take of politics.

But what about the profiteers who have made money during Ballard's tenure?  Wouldn't they try to talk Ballard into running again?  Not necessarily.  If you are a Barnes & Thornburg, the law firm which has profited to the tune of millions of dollars during Ballard's two terms, would you want to put your money on a now risky horse (Ballard) or rather bet on the favorite (Hogsett) who is almost a certain winner, especially if Ballard is out of the race?   The last thing Barnes & Thornburg wants to do is to alienate the Mayor-elect by supporting his opponent, resulting in the firm being locked out of the 25th Floor.

Ballard is the Republican's best hope for one reason and for one reason only:  he's able to raise an astonishing amount of money. Granted it is almost all money from contractors doing business with the city (i.e. pay-to-play) , but thus far the Democrats (and the media) haven't chosen to make that an issue. Other than being in a position to raise a lot of money, Ballard has enormous liabilities as a candidate. Ballard is easily rattled, enormously thin skinned when it comes to challenges to his record, and is gaffe-prone when faced with impromptu media questions.

I think the odds of Ballard overcoming a Hogsett challenge to be re-elected to a third term are long. But that's if he runs, the chances of which I'd only rate at 50-50 presently.   If Ballard fails to go to the post, it will be too late for Republicans to compete with Democrats on fundraising.

Would that mean Republicans would have no chance of winning the Mayor's Office? No, but it would make that task a longer shot than it otherwise would be.  To succeed the GOP would have to nominate a Republican far different from Ballard, a candidate who is against Indianapolis corporate welfare, including handouts to billionaire sports owners, government contractors and the downtown mafia.   Because of his ties to that system, Hogsett would have trouble countering the populist message letting the Republican an opportunity to gain cross-over votes needed to win in Democratic-leaning Marion County.

Of course, the Marion County Republican Party leadership would have no interest in nominating such a candidate.  Those leaders would rather lose an election than elect a Republican who might challenge the pay-to-play culture which they have used to enrich themselves at the expense of rebuilding the grass roots of the Marion County GOP organizations.
Posted by Paul K. Ogden at 3:37 PM

Paul, I agree with you. The Republicans would have no interest in nominating a candidate to reverse course on Monopoly Capitalism, Crony-Capitalism or Privatization.

The Democrats do not have any interest either. Both Parties take the view that Monopoly or Crony-Capitalism is an untouchable subject. Hogsett, will perform an elaborate song and dance routine worthy of Dancing with the Stars to evade the subject.

Our pathetic written, radio, and TV Media completely avoids the subject too. The Mega-Media in Indianapolis sees investigating the rampant Crony-Capitalism as comparable to looking into the Sun.

Flogger: Your looking into the sun analogy is perfect.