Facing a losing political debate, climate alarmists have increasingly latched onto a new tactic - demanding that their opponents be silenced.  The Los Angeles Times and the Reddit Science website have all decided to stop publishing letters and other commentary that dispute the theory that man is causing dangerous anthropogenic global warming orthodoxy. Other publications have followed suit.

When long-time columnist Charles Krauthammer decided to pen a column about the "myth of 'settled science,'" the response on the left was a petition campaign to stop the Washington Post from publishing the column.  What did Krauthammer say in the column that was so controversial the left wanted it suppressed?  Let's examine:

“The debate is settled,” asserted propagandist in chief Barack Obama in his latest State of the Union address. “Climate change is a fact.” Really? There is nothing more anti-scientific than the very idea that science is settled, static, impervious to challenge. Take a non-climate example. It was long assumed that mammograms help reduce breast cancer deaths. This fact was so settled that Obamacare requires every insurance plan to offer mammograms (for free, no less) or be subject to termination.

Now we learn from a massive randomized study — 90,000 women followed for 25 years unnecessary radiation, chemo or surgery.
— that mammograms may have no effect on breast cancer deaths. Indeed, one out of five of those diagnosed by mammogram receives

So much for settledness. And climate is less well understood than breast cancer. If climate science is settled, why do its predictions keep changing? And how is it that the great physicist Freeman Dyson, who did some climate research in the late 1970s, thinks today’s climate-change Cassandras are hopelessly mistaken?

They deal with the fluid dynamics of the atmosphere and oceans, argues Dyson, ignoring the effect of biology, i.e., vegetation and topsoil. Further, their predictions rest on models they fall in love with: “You sit in front of a computer screen for 10 years and you start to think of your model as being real.” Not surprisingly, these models have been “consistently and spectacularly wrong” in their predictions, write atmospheric scientists Richard McNider and John Christy — and always, amazingly, in the same direction. 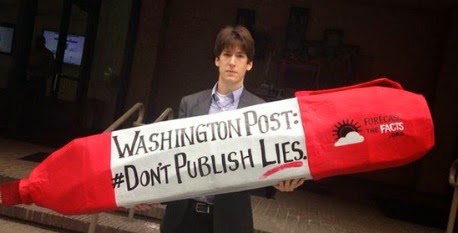 Settled? Even Britain’s national weather service concedes there’s been no change — delicately called a “pause” — in global temperature in 15 years. If even the raw data is recalcitrant, let alone the assumptions and underlying models, how settled is the science?

But even worse than the pretense of settledness is the cynical attribution of any politically convenient natural disaster to climate change, a clever term that allows you to attribute anything — warming and cooling, drought and flood — to man’s sinful carbon burning.

Hurricane Sandy was made the poster child for the alleged increased frequency and strength of “extreme weather events” like hurricanes.

Similarly tornadoes. Every time one hits, the climate-change commentary begins. Yet last year saw the fewest in a quarter-century. And the last 30 years — of presumed global warming — has seen a 30 percent decrease in extreme tornado activity (F3 and above) versus the previous 30 years.

None of this is dispositive. It doesn’t settle the issue. But that’s the point. It mocks the very notion of settled science, which is nothing but a crude attempt to silence critics and delegitimize debate. As does the term “denier” — an echo of Holocaust denial, contemptibly suggesting the malevolent rejection of an established historical truth.

Which one of the facts that Krauthammer cites in his column is false?  I am guessing none of them as Krauthammer backs up everything with links to authority.  Yet some on the left would still like Krauthammer silenced because his words, though true, undermine the anti-growth political agenda for which global warming, now "climate change" is merely a tool, a means to an end.

What is next?  Is the left going to advocate book burning to suppress views they don't like?
Posted by Paul K. Ogden at 12:54 AM

When are you going to realize that nobody is falling for Fox News tricks such as proclaiming something to be true when such trut does not exist.

I really love prada handbags the scene where Bill and I meet down by the river. It sets replica chanel the tone of the film really nicely. I love it because Bill just so charming and instantly rolex replica connects with me. I thought it was shot beautifully.