Last month, Indiana's new slogan "Honest to Goodness" was unveiled resulting in considerable ridicule not only in Indiana but beyond the borders of the state.  The USA Today picked up the story from an Indianapolis Star article:


Restart Your Engines is out, after a memorable eight-year run.

Indiana will now promote itself to tourists — minus a verb — with the slogan "Honest-to-Goodness Indiana." 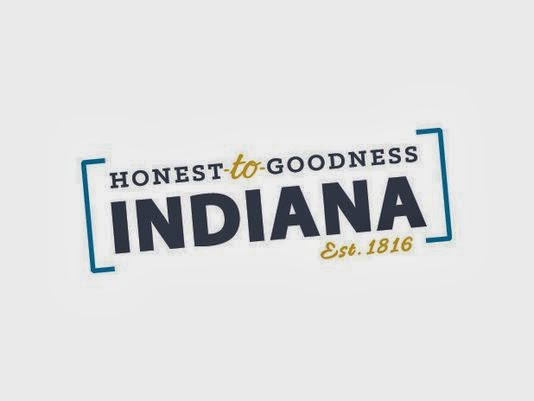 Jake Oakman, spokesman for the Indiana Office of Tourism Development, which paid $100,000 for the slogan and a soon-to-start branding campaign that will run through summer, aimed to point out to the early critics that the new four-word slogan isn't meant to stand alone. Wait until the billboards and the print ads and the TV commercials come out, Oakman suggested, and the new slogan will take on a fuller meaning.

"The initial reaction that it's too 'Mayberry' or whatnot, that can be tamped down when put in context with the whole branding campaign," Oakman said.

And besides, the tourism spokesman said, "You're never going to get 100 percent approval for anything."

The new slogan is the result of a monthslong search for the right words to market Indiana. The effort was headed by the Indianapolis marketing agency Williams Randall. The final choice of the new slogan was made by a panel of marketing and tourism types and state officials, Oakman said.

It is mind-numbing that state officials actually paid $100,000 to a marketing agency for the slogan "Honest to Goodness."  I could have gotten a few buddies together, and for the price of a couple beers apiece, walked out of the bar with a better slogan than that.

It turns out that Parks and Recreation writers are better at coming up with slogans.   Last week's episode (which I assumed was filmed before Indiana unveiled its slogan) was about finding a new slogan for the fictional Indiana city, Pawnee, which had merged with its rival, Eagleton.  The townspeople settled on "When You're Here, Then You're Home."  That not a bad slogan and could be improved even more by simply leaving out the "Then."

The main character Leslie Knope was pitching the slogan "Storied Past, Bright Future" which did not get approved.  However, that would have been an excellent slogan for Indiana as the state approaches approaches its 200th anniversary celebration which is just two years away.

In fact, the obvious question is why the marketing agency and the folks making the decision did not tie the new slogan in to Indiana's bicentennial.  They had to know about it as right under the slogan is "Est. 1816."

"Honest to Goodness" what a missed opportunity.  Hopefully this silly and embarrassing slogan will have a very short shelf life.
Posted by Paul K. Ogden at 7:28 PM

How about "we cleared out the Indians, so there'd be more room for you."

Governor Walker & state's like Wisconsin, may prove more serious about tax cuts & reducing the size of government than so called "red states" like Indiana:

How about "The InDIANA Code"? We have our very own mysterious D'Vinci-esque type code here to unravel.

"The Diana Mythology" is the ending of my book, Spanking City Hall.

I can't wait to hear what you think about this very esoteric ending I wrote to my book. I swear every word of it is true.