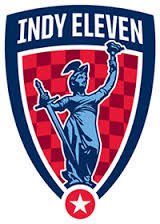 The Indy Eleven soccer team would generate just $2 million to $4 million a year in ticket sales, a fraction of the $51 million that owner Ersal Ozdemir has estimated a new downtown stadium would generate including non-soccer events, according to an independent analysis by the Legislative Services Agency.

Ozdemir has said the stadium would generate $5.1 million in ticket taxes. At a tax rate of
10 percent, that’s $51 million in revenue. Ozdemir’s estimate includes other events, while the LSA’s analysis considered only soccer.

“There’s no way on earth you could get $5 million a year in ticket taxes from a minor-league soccer franchise even with concerts and other events,” said Neil deMause, the Brooklyn-based author behind the Field of Schemes book and blog.

DeMause noted the average Major League Soccer franchise—a step above the Indy Eleven—does about $8 million per year in ticket sales.

“It baffles me where they came up with that number," he said.

To reach $5.1 million in ticket-tax revenue, the venue would have to sell in tickets alone more than four times the total revenue of the Indianapolis Indians. The well-established Indians reported a record $11.8 million in revenue in 2013, including tickets and concessions.

So Ozdemir overestimated revenue by 20 times the likely figure in order to put taxpayers on the hook for his new downtown soccer stadium?  As incredibly bad as that deal would be, it would still be better than the Broad Ripple Parking Garage/Commercial Center, built for with taxpayer dollars and simply given away to Ozdemir's company Keystone Construction.

Of course our resident political columnist Matt Tully, who has proved to be a shill for every corporate welfare proposal ever pushed by the Ballard administration, supported the Broad Ripple Parking Garage development and recently pronounced the Indy Eleven stadium idea as good for taxpayers:


Not all corporate tax breaks are created equal, and it is important to note that the one being proposed to help finance a stadium for the city’s new professional soccer team, Indy Eleven, is not some sort of wild boondoggle. In fact, it’s a sensible, fair proposal that would greatly help the city while not in any way stealing money from schools, roads or other essential city services.

I make that last point because I’ve heard charges of the opposite from some readers and social media critics who are portraying the stadium as another example of misplaced priorities, or a corporate giveaway that could hurt other city services. That’s simply not the case.

Well, at least we know Tully did not major in Math in college.
Posted by Paul K. Ogden at 6:00 AM

Indy Eleven, is the very definition of a wild boondoggle.

The promoter wants a significant up-front investment of government funds.

The promoter is activity cultivating elected officials to fund his activities through above board activities such as campaign donations and who knows what else. (come on, a zionsville state rep thinking that Indianapolis needs a soccer stadium to complete a set of tax-payer funded sport palaces, really).

The likelihood of a minor sports league surviving more than a few years is pretty low, looking at the examples of arena football, the AFL (arena), XFL, WFL, L, the WNBA, etc. Since 1990, the following soccer leagues have gone defunct or been forced to restructure (shrink) including Major Soccer League, Major Indoor Soccer League, USL first division, USL second division, USSF Division 2 Professional league, World Indoor Soccer League, and Xtreme Soccer league. All of these failures were only viable with mass infusions of cash, they were all money losers.

Matt Tully is either completely dishonest or he should not be trusted to manage his own check book, as he is either incapable of doing any sort of financial analysis or being will to consider such things.

The only good thing that may occur with this boondoggle is a federal investigation of the corruption of our elected officials. I am not holding my breathe.

Many of us who've played from primary through college, love the sport but also the Constitution & therefore disagree with public funding of entertainment venues or real estate development.

It's simple. Lease the facility at Carol Field. Build the fan base over time, use that success & profit to buy & build your own stadium- that's called business.