The little church on Monument Circle has been giving away hot drinks during the Circle of Lights for decades, and selling a few cookies on the side as a youth fundraiser for quite a while.

But on Friday night, as the crowds were growing in anticipation of the Monument Circle tree lighting, city code enforcement officials told the kids from Christ Church Cathedral they had to pack up their cookies and cocoa and call it a night. 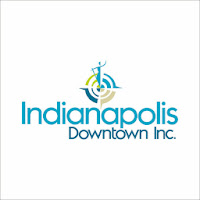 They had run up against a city ordinance enacted before the Super Bowl in 2012 that enables big Downtown special events to establish a "clean zone" where vendors are closely regulated, if not out-and-out prohibited. The church — and its outlaw cookie operation — fell into the clean zone for the Circle of Lights.

So, even though Santa made an appearance under the Circle's big tree, the church's sugar cookies — along with the chocolate chip, the peanut butter and the vegan cookies — were verboten. About 45 minutes before the lights were illuminated, the church was forced to close its operation. Church hospitality director Carl Michaelis asked if the kids could give away the hundreds of cookies left over, but that was denied, too.

Typically, the sale brings the kids around $1,000 for youth programs — things like choir trips to the National Cathedral. But the short sale took a bite out of the youth group's take, which was only about $600 for the evening. The cookies were donated by parishioners from the church and sold from the church's own property.

Indianapolis Downtown Inc., which hosts the Circle of Lights, asked for a code enforcement "sweep" of Monument Circle on Friday night, said code enforcement spokesman Adam Baker. Code enforcement officials consulted with IDI on whether to exempt the church, Baker said, and were told they should make them cease the cookie sales. IDI officials were unavailable for comment Saturday.

Since this story broke, IDI released a statement which apologized for what happened and offered to make up the difference in the lost sales.  Oddly the statement makes it appear that city officials did this on their own.  I am inclined to believe the news reporter's version that IDI specifically asked for the crackdown on the kids working for the church.  Regardless questions should be asked as to why city officials such are taking orders from a private organization such as IDI.  This is yet another reason why our city council needs to stop giving IDI millions of tax dollars.
Posted by Paul K. Ogden at 11:17 PM

Why of course Paul we can't have kids under selling city approved vendors! Follow the money trail! ;)

In the first place, that 2012 city ordinance is misguided.

In the second place, who appointed IDI the guardians of Christmas events on Monument Circle?

In the third place: Christ Church Cathedral fronts on Monument Circle and should have squatters' rights to sell anything they want to.

In the fourth place: IDI ends up with egg on its face (but still keeps millions in taxpayer dollars).

What's wrong with this city?

In yet another moment of irony, IDI's Velocity directive (out today) includes "Encourage guerrilla-style street events that surprise people and use public spaces."

Except, evidently, when IDI decides to call out Indy Code Enforcement to shut down street events that use public spaces.

Sir Elton was initially among the many pebbles icons in the louis vuitton replica is not really determining the best eyeglasses meant for playing around any place. At this time, burst famous actors are nevertheless using the services of eyeglasses to build way arguments factored in your onstage personality. Various singers have been completely photographed being dressed in Ray Prohibit eyeglasses, which include chanel 1115 bags music performer together with professional Adrian Grenier, hiphop vocalist Fergie, what person favors Ray Prohibit Wayfarer flip-style folding eyeglasses, together with Ashlee Simpson, has happen to be photographed being dressed in Ray Prohibit Outsiders Genuine Wayfarer eyeglasses. Rihanna is known as a burst super star who wants to replica handbags your girlfriend spectacles as frequently mainly because your sweetheart corrections your girlfriend dresses. Your sweetheart was initially nowadays photographed being dressed in Jee Vice Pink Incredibly hot eyeglasses utilizing glowing pink eyeglasses. Your sweetheart at the same time accomplished regarding place with regards to the North american Song Ribbons being dressed in two or three louis vuitton replica Spectacles eyeglasses identified as Wiener. My spouse happen to be detected being dressed in Chanel eyeglasses together with many Chanel solutions. Caribbean burst super star Lily Allen at the same time favors Chanel eyeglasses. Just another singers that are looking for the most beneficial gucci replica meant for performing in regards to the place, by way of example Kylie Minogue, Paul Jonas together with Caribbean burst super star Lily Allen, opt for Carrera Champ eyeglasses.