Hitting the media outlets today is a "poll" by education reform group Stand for Children which supposedly shows bipartisan support for Common Core.  If you look at the details of the poll, it reveals the questioning was grossly slanted to produce a positive poll for Common Core. 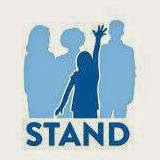 In the report on the poll, the pollster, Public Opinion Strategies, notes that only 18% of the respondents in the poll had seen, read or heard "a lot" about Common Core.  Instead of proceeding an unbiased description of the Common Core to get an accurate picture of polling on the subject, the pollster provided the following question:

"The Common Core State Standards have been adopted by forty-five states, including Indiana, which participated in their development with state governors, state school chiefs, and teachers involved in writing and reviewing them. The goal of the standards is to help all students have the knowledge and skills they need in English and math and that students would be held to consistent standards so that they will be prepared for their next steps after high school, whether they choose a college or career path."

What I find remarkable is that, despite one of the most slanted lead-in questions to a poll that one might construct, still only 68% of the respondents expressed support for Common Core.  Meanwhile 24% expressed opposition to Common Core.

Of course, the poll was not about Stand for Children getting an honest picture of Hoosiers' views on Common Core.  It was a PR stunt.  The organization is depending on the media being too stupid to be able to tell the difference between a legitimate scientific poll and one done to artificially manipulate the numbers.  No political scientist in America would call that poll legitimate.  The Stand for Children poll makes a mockery of the science of polling.  Stand for Children and the pollster should be ashamed of their participation in such a disingenuous stunt.
Posted by Paul K. Ogden at 3:38 PM

Commie Core is a "stand" for chil-drones...