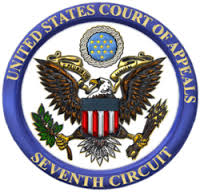 Mark McKinney, a former Indiana prosecutor who became infamous for personally profiting from asset forfeiture lawsuits, is back in court:


A federal appeals court has revived Indiana criminal defense lawyer Michael Alexander’s lawsuit accusing the U.S. government of conspiring with a state prosecutor and two criminal suspects to falsely accuse him of attempting to bribe a witness.

The U.S. Court of Appeals for the Seventh Circuit on Wednesday reversed Southern District of Indiana Judge Sarah Evans Barker’s April 2012 dismissal of Alexander’s claims. Barker held that Alexander failed to raise a valid malicious prosecution claim and that his intentional infliction of emotional distress claim was time-barred.

Alexander’s June 2011 Federal Tort Claims Act suit claimed that former Indiana state prosecutor Mark McKinney conspired with Federal Bureau of Investigation agents Neal Freeman and James Howell and father-son criminal team Stanley Chrisp and Adrian Kirt, who faced drugs and arson charges, to frame him. He claimed that McKinney nursed a grudge against him because he was a vocal critic of the prosecutor’s handling of drug forfeitures.

He alleged that his February 2008 arrest and was based on false evidence and that the alleged conspirators withheld a tape recording of a July 2006 meeting with Chrisp and Kirtz during which he denied knowledge of his investigator’s alleged bribery of clients.

A Delaware County, Ind., jury acquitted Alexander in March 2009. He filed a notice of his tort claim with the FBI in October 2010 and followed with the lawsuit when the FBI opted not to act on the claim.

Concerning the malicious prosecution claim, Wood wrote that the allegations are “more than sufficient to assert a causal link between the agents’ actions and the subsequent prosecution.” She added that the complaint adequately pleads malice despite the fact that Alexander hasn’t yet given a reason for the agents’ animosity toward him.

“Unfortunately, in a world where public corruption is hardly unknown, we cannot agree that Alexander’s complaint is too implausible to hold together absent allegations of this sort. We might wish to live in a world in which such an egregious abuse of one’s official position would be unthinkable, but experience suggests that we do not,” Wood wrote.

Those of attorneys who practice in federal court should take note of the Seventh Circuit's rejection of the approach taken by the Southern District of Indiana in which some judges have imposed significant, albeit vague, evidentiary requirements on a plaintiff at the pleading stage in order to overcome a Rule 12(b)(6) motion to dismiss.  I have long argued that the Southern District's interpretation of the Twombley and Iqbal cases as imposing new heightened pleading standards is a gross misreading of those cases.  Seventh Circuit cases after Twombley and Iqbal have said those cases did not change pleading standards and that notice pleading is still the rule.  Once again the Seventh Circuit has confirmed that principle.
Posted by Paul K. Ogden at 4:53 PM