A Lesson for Indianapolis?; Cricket Stadium in Florida to be Redeveloped After It Fails to Generate Revenue

It appears that the other community in the United States that took a run at cricket as economic development flopped.  Will Indianapolis learn from this city's mistake or will our city leaders insist Indianapolis will be different and charge full speed ahead into the cricket business?   I'm guessing the latter.

Journalist Peter Della Pena reports in a story printed on ESPNCrickInfo among other places:


In a move that could strike a devastating blow to the development of cricket in America, the 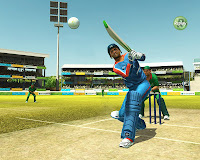 city of Lauderhill, Florida is in the process of initiating a business plan to redevelop the cricket stadium inside the Central Broward Regional Park into a facility more suitable for other sports and activities that will generate enough revenue to sustain the operating costs of the facility. In a sternly worded letter by Lauderhill Mayor Richard J Kaplan addressed to ICC chief executive David Richardson dated April 9 and obtained by ESPNcricinfo, Kaplan blames the USA Cricket Association for the facility's lack of revenue from marquee cricket events mainly due to the governing body's failure to facilitate such events.


"After several years of under utilization by our sanctioning cricket body USACA, the City of Lauderhill and Broward County have had to look at other alternative uses for the stadium that will sell tickets to fill seats," Kaplan wrote. "As a result, Broward County is about to release an independent business plan which will advise government officials that it is time to consider a reconfiguration of the stadium to a sport that can better sustain the facility and provide an economic return."

The 20,000 capacity stadium opened in November 2007 as part of a $70 million county park complex. It is the only ICC approved ODI stadium facility in North America. Since it opened though, the stadium has been a lightning rod for criticism among local media and taxpayers in south Florida. An article in August 2009 in the South Florida Sun Sentinel titled, "Broward Built It, But Cricket Hasn't Come" detailed frustrations from the local community at the paltry attendance figures drawn for cricket matches in the stadium. An editorial in the same newspaper in August 2011 about the Central Broward Regional Park referred to the facility as "a legendary example of Broward officials setting taxpayer money on fire."

The stadium has rarely been used for cricket over the last five and a half years but has seen many other sports use the cricket pitch. Among the matches staged on the stadium turf have been flag football tournaments, MLS exhibition matches, FIFA U-17 Women's World Cup warm-up matches, a semi-pro gridiron league and a 2011 IRB Rugby World Cup qualifying match between USA and Uruguay. 2012 ICC World Cricket League Division Four was tentatively scheduled to be held in Florida last May with the stadium serving as one of three tournament venues, but USACA's governance issues, including repeatedly postponed elections, resulted in the event shifting to Malaysia later in the year.

The article goes on to note the criticism of the the USA Cricket Association for poor management.

Kaplan's letter to Richardson is particularly stinging in his summary of USACA's credentials and reputation stating that the organization "is still suffering from management issues" and that its "long sordid history of suspensions and poor governance has plagued a territory with the greatest potential." The mayor goes on to state that the pair of Twenty20 matches staged at the stadium in Lauderhill last year between the West Indies and New Zealand proved that the city and county were capable of staging world class events, but despite encouragement from local government officials and business leaders, USACA has failed to help make similar events happen.

To see the rest of the article, click here
Posted by Paul K. Ogden at 11:00 AM

It will not make any difference to our Elected Politicians or the their Crony Appointees if Cricket or Soccer makes a half-penny for the Tax Paying Public.

The important and over riding concern for them is if they can Privatize the Profits, and Socialize the Costs. This will be a nice Pork Barrel Project for the connected.

What they do: Fashion designers design and create new clothes and other fashion accessories to be sold to the public in retail stores.
cheap nfl jerseys|nfl jerseys free shipping

Man, talk about a fantastic post! I've stumbled across your blog a few times within the past, but I usually forgot to bookmark it. But never again! Thanks for writing the way you do, I genuinely love seeing someone who truly has a viewpoint and isn't really just regurgitating garbage like most other writers these days. Keep it up!
Discounted Note