I received notice today that the Disciplinary Commission has filed a complaint against me based on two allegations.

The first deals with a million dollar plus estate case out of Hendricks County. I represented one of the heirs, one of four children of the decedent. The executor was the one adult child who had been excluded from sharing in the large residual part of the estate.   I filed motions relating to what I believed what had been the improper handling of the case.  When the trial judge failed to rule on one within 30 days, I filed a notice under Rule 53.1 to have the Supreme Court remove the trial judge.  A new judge was appointed. 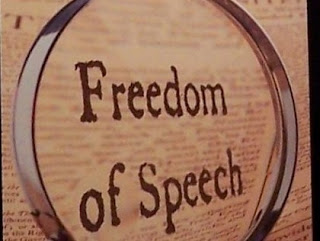 Several months later, I wrote emails complaining about the handling of the case by the original judge, in particular the failure to follow probate rules and also repeated my client’s assertion the judge knew the executor and had been a family friend. (My client reaffirmed this in an affidavit.) These private emails, which started with the attorney for the estate, were later taken by the mother of the executor to the trial judge who demanded I apologize. I refused and outlined the probate rules he had failed to follow. The emails and the letter where I refused to apologize were forwarded to the Commission.

The second allegation deals with a letter I sent to several Marion County civil court judges regarding the statutory procedure for dividing civil forfeiture proceeds as well as pointing out the comments by the Indiana Supreme Court in a footnote in the State v. Serrano case. I had no civil forfeiture cases before any of the judges I had sent the letter to and I copied the Marion County Prosecutor Terry Curry, Attorney General Greg Zoeller and the Marion County Public Safety Director Frank Straub on the correspondence.

Regarding, the first allegation, it is not a violation of the rule to criticize a judge. It is a violation of the rule, in particular Rule 8.2(a) for an attorney to criticize a judge with information he knows to be false or with reckless disregard as to whether it is false. There has not been any information provided to me showing this standard has been met.

Regarding the second allegation, the Commission claims I engaged in ex parte communication to try to influence a judge.  First, it is not an ex parte communication as I sent a copies of the correspondence to the Marion County Prosecutor and the Attorney General.  Both represent the State and law enforcement agencies that are the Plaintiffs in civil forfeiture actions.  The former provides representation at trial, the latter on appeal.

Second, not only did I not have any cases before the judges I sent the letter to, the issue had to do with a matter when the case is over and issues relating to the civil forfeiture defendant have been decided, namely how the proceeds from civil forfeiture are to be divided between the governmental entities.  As I pointed out, the statute requires that judges make determinations as to "law enforcement costs" on a case-by-case basis with those costs going to law enforcement and the balance going to the Common School Fund.  As media accounts have pointed out, this is not being done in Marion County (law enforcement has been keeping 100% of the money for years) and in most of the counties in Indiana.

As a side note, I would add that several years ago, I do believe Judge Jim Payne who headed DCS until recently sent out communications to trial judges about what he believed was the improper handling of DCS cases and I am not aware he faced any disciplinary charges.

While I do respect the Disciplinary Commission and especially the Indiana Supreme Court, I have long believed that the attorney disciplinary process in Indiana is in dire need of reform. This new, very personal, experience with the Commission reinforces that belief.

Another unfortunate consequence of the lack of a free market in legal services. Occupational licensing subordinates workers to state power.

What is it with judges who can't rule promptly? I sued in Washington township small claims in January, the judge said he would rule within a week, and has done no such thing after 6 weeks. I'm told I inform of this at my peril.

Indiana is among the worst in the country when it comes to allowing lawyers to criticize judges. Since the most qualified to comment on judges are prohibited from commenting on them, it effectively protects judges from informed criticism and keeps individual judges in office.

Not unrelated is this horror: