The Indianapolis Star has an interesting article today:


An Indiana man caught in a legal battle with the state for a photo ID cardwill get his chance in a due process hearing scheduled this morning.

The reason, according to court documents, is that Worley's Social Security card, which reads "Joesph A. Worley," and his birth certificate, which reads "Joseph Alan Ivey," do not match. 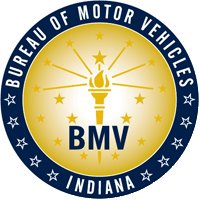 Worley brought the complaint after being unable to get a photo ID card, which is required to vote under the 2007 Indiana voter ID law. Given requirements by the Bureau of Motor Vehicles,

The headline of the article and accompanying photo suggests the hearing will take place in the federal building.  I have doubts by about that though.  Because Judge Barker ordered the BMV to hold the evidentiary hearing, which means it most likely is in the BMV offices.

The article appears to be the BMV just imposing rules without employing common sense.  "Joesph" is obviously a typo and the fact that someone is going by a middle initial instead of his full middle name isn't something that should require a name change.

Nonetheless, I thought the article was interesting given that I spent the last two days in the federal court building. Every time I entered the building, I had to show a photo ID.  I couldn't find it listed what form of ID is acceptable to enter the Indianapolis federal court buildings.  However, I did find it listed in other jurisdictions that only government photo ID (driver's license, passport, etc.) were acceptable forms of ID for entry.

It is ironic that the very federal courts deciding whether a photo ID is unconstitutional are located in buildings in which a photo ID is required to enter.

UPDATE:  Posting this early in the morning without enough caffeine in my system, I missed the fact that the last name was different.  Obviously that makes the issue more complicated and the BMV's opinion more reasonable.  I'm not sure though why the BMV would have denied a hearing in the first place, however.
Posted by Paul K. Ogden at 9:03 AM