Why Not Let Next Indiana Governor Decide Whether to Privatize Lottery Management?

The Indiana Lottery Commission appears to be intent on plowing ahead with the privatization of the management of the Indiana Lottery.  An article this week in Bloomberg BusinessWeek News reported: 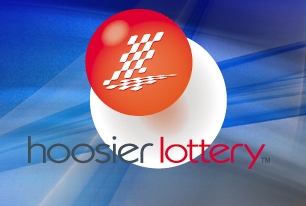 The State Lottery Commission postponed a vote on outsourcing most lottery operations to a private business that had been scheduled for Wednesday so members could have more time to digest proposals from two possible vendors behind closed doors. Chairman William Zielke said the vote would be taken Oct. 3. Officials expect to decide by Nov. 1 whether to sign a contract or leave lottery operations as they are.

Zielke said the commission had to "consider whether that's the right answer for us or not."

Rep. Pat Bauer, D-South Bend, who has been critical of Republican Gov. Mitch Daniels' privatization efforts, said any proposal would have to be carefully scrutinized to determine whether it was to the state's benefit.

Indiana officials announced in July that they would seek a  10-year contract for lottery marketing, sales and distribution services. But Executive Director Karl Browning said Wednesday that the proposals were for 15-year contracts that could be extended based on "extraordinary performance."

The vendor also could earn a $1 bonus for each dollar by which it exceeds a revenue threshold set by the state, but would have to pay the state dollar-for-dollar if it falls below that benchmark, he said. He did not say what that threshold was. He did say that the vendors believed they could increase the revenue returned to the state by as much as 20 percent, though they did not think that increase would be sustainable.

"It doesn't seem that different from what we have today," said commission member Jennifer Alvey.  Browning said part of the increased revenue would come from a plan to "broaden the player base."

"We're not out to expand gambling," he said. "We just want to attract people who don't necessarily play today."

It is not clear why the Lottery Commission, with members appointed by Governor Daniels, seems intent on tying the hands of the next Governor.  The next Governor will assume office within three months.  Yet the Commission will be entering into a 15 year contract with a vendor.  If it is a bad deal, the next Governor is stuck.  Bad deals have in fact happened.  Illinois' effort at lottery management privatization is now tied up in the court, a disturbing reminder of Indiana's failed Medicaid privatization effort that resulted in litigation costing the State's taxpayers tens of millions of dollars.

I have not seen where either gubernatorial candidate has discussed specifically the lottery privatization.  On the campaign trail, Republican Mike Pence, in general, has expressed stronger support for privatization than Democrat John Gregg.  Pence though has said the merits of privatization would be something he would have to look at closely on a case by case basis.

Pence, if given a chance, may well opt against privatization for an important political reason.  He is a favorite of Christian conservatives, a constituency that strongly opposes the expansion of gambling in Indiana.  That constituency may well not support the privatization of the lottery management, which is premised on a hope, if not a requirement, that gambling in Indiana be expanded to get new players.

Why not hold off until early next year so that the Governor can decide such an important topic?   At the very least, Pence and Gregg should have input on a decision that will tie their hands for the next four years.
Posted by Paul K. Ogden at 3:30 PM

If the government wants to turn an industry over to private operators, hooray. Let the market provide the best products with prices and services preferred by consumers.

What Indiana does is tyranny. The state enters a market; bars all others from entering or competing in the market; creates a monopoly, then sells off monopoly rights.

That's not "privatization." That's insidious regulation-for-hire, restraint-of-trade, anti-competition, and a complete usurpation of the social contract and the agreed role of government.

Cato, you identify the problem correctly. Giving a company a long-term, monopoly contract is not privatization as it was meant to be.

The main goal of having a state lottery is to maximum revenue for the state. If this process is turned over to a private entity, the state's revenue will be reduced by the private entity's need to make its own revenue. We can already see this in the proposals, because the entities want to impose penalties on vendors whose sales fall This is a prime example, much like the Marion County parking meter deal, where the main purpose of a government program is forgotten in the name of privatization.