Growing up, I was a big baseball fan.  The Cincinnati Reds were my team.  My childhood featured the Big Red Machine and two World Series titles.  I would follow every game, often keeping score of the action. 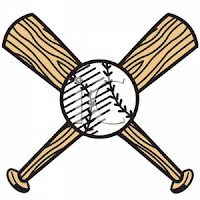 But while I liked baseball, I was never a big fan of the "Midsummer Classic," otherwise known as the All-Star Game.  To me, it was nothing more than a meaningless exhibition game where lineups were based on which city's fans could stuff the ballot box the most.  Over the years, I've become even less of a fan of the All-Star Game.  After controversy over some players not making the game, they, several times, expanded the roster of the All-Stars.  Now each side has 33 players.   Players are constantly swapped in and out. Pitchers rarely go more than one inning. The game means nothing in terms of proving which league's players are best.  Of course, that didn't stop the powers that be in baseball from ordaining that the league that wins the July contest secures home field advantage.

Even though the Major League Baseball All-Star game has gotten worse over the years, it still rates as the best all-star game of all the major sports.  Of course, that's not too difficult considering the atrocities known as the NFL's Pro Bowl and the NBA's All-Star game.

As far as the game tonight, you probably won't find me in front of the set watching the contest.   Couldn't care less.  Let's get the second half of the baseball season started so my Cincinnati Reds can reclaim first place from the surprising Pittsburgh Pirates.

You did not mention hockey.

I don't know anything about the hockey all-star game, but I doubt its any good. They're probably all skating around trying to avoid contact...understandably because they don't want to be injured in an exhibition game.

8 to 0 national league in the fourth inning, looks like the NL has the World Series home field advantage locked up.

Guy, NL should always have home field advantage anyway. The AL should be eternally punished for bringing the abomination of the DH to the game of baseball.