How is State's Agreement with Amazon Not a Public Record? (w/Correction) 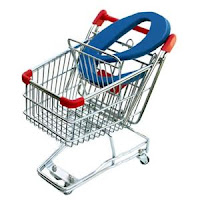 WRTV (Channel 6) reported that it tried to get a copy of the state's agreement with Amazon that the company would start collecting sales tax in 2014.  WRTV was told that by administration officials that the agreement was "confidential" citing IC 6-8.1-7-1.  The new public access counselor Joseph Hoage apparently backed up this position.


(a) This subsection does not apply to the disclosure of information concerning a conviction on a tax evasion charge. Unless in accordance with a judicial order or as otherwise provided in this chapter, the department [of Revenue], its employees, former employees, counsel, agents, or any other person may not divulge the amount of tax paid by any taxpayer, terms of a settlement agreement executed between a taxpayer and the department, investigation records, investigation reports, or any other information disclosed by the reports filed under the provisions of the law relating to any of the listed taxes, including required information derived from a federal return, except to:

(1) members and employees of the department;
(2) the governor;
(3) the attorney general or any other legal representative of the state in any action in respect to the amount of tax due under the provisions of the law relating to any of the listed taxes; or
(4) any authorized officers of the United States;
when it is agreed that the information is to be confidential and to be used solely for official purposes.

The State is apparently claiming that this is a "settlement agreement" under the statute and thus a confidential public record.

But wait a second.  "Settlement agreement" is a legal term of art.  It is an agreement reached to resolve pending or threatened litigation.  There was litigation that was pending against Amazon that was dropped following the agreement.  But the lawsuit was filed by the shopping mall magnate Simons against Amazon. Neither the Indiana Department of Revenue or any other state agency was a party to the lawsuit.  The statute clearly doesn't apply.  The agreement is not a "confidential" record under the statute.

Unfortunately, the PAC's office during the Daniels' administration has been a rubberstamp of administration decisions.  It should be more independent and aggressive.  WRTV should not take the PAC's decision as the final word and should pursue disclosure through the courts.  Transparency in government is an extremely important concept that should not be abandoned at the doorstep of the rubberstamp PAC.

I beg to differ, Paul. Simon was suing the Dept. of Revenue for violating the constitution by not collecting the tax from Amazon. Having said that, I don't see why the need to claim confidentiality. The suit was strictly based on constitutional grounds. There is no reason to believe that any confidential financial information concerning Amazon.com was included in the settlement agreement; simply the terms for the company to start collecting the sales tax.