Over at Civil Discourse Now, Mark Small raises the possible unconstitutionality of the "Clean Zone" an ordinance which sharply restricts any type of commercial signage within a mile of the stadium before and after the big game.  If you own a pizza shop and you put a sign in the window to offer a discount to the out of town visitors to our fair city, you're in violation of the City's clean zone ordinance and can be fined. 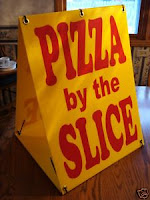 The "clean zone" is a restriction on commercial speech.  While the courts have allowed more restrictions on commercial than political speech under the First Amendment, Indy's Clean Zone is so restrictive and onerous, I'm not sure it could pass a constitutional challenge.  I could see a contrarian downtown merchant filing for an injunction to get the "clean zone" knocked out for Super Bowl week.

See other articles I have written on the subject:


See Pat Andrews of Had Enough Indy's numerous articles on the subject:

Constitutionality doesn't matter, the fat cats aren't going to allow right or wrong to interfere with their "little game".
And just a point of personal curiosity, does the mayor or the NFL get the use of the mayor's suite at Lucas and if so who pays for the tickets in that suite?