A Diversion from Politics: Do Men and Women Have the Same Sex Drive? 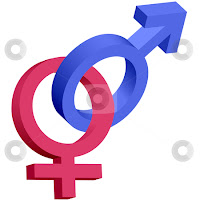 I thought I would take a diversion from politics this morning.  Yesterday, conservative me was in a Broad Ripple watering hole surrounded by three liberals friends.  The issue came up about a survey in a magazine that could be interpreted as sending the message to young women that they were not normal if they were not engaging in promiscuous behavior.  I had an ally in the argument that the survey could send the wrong message to young women.

Then, in the process of making a point, I stated that men on average had a stronger sex drive than women.  You would have thought I said the world was flat.  I suddenly found myself the lone voice for this position.

So I considered the long-shot possibility I was wrong and did some research on the subject.  Turns out the evidence overwhelmingly backs my position.  WebMD has a long article on the subject. This is how it starts out:


Birds do it, bees do it, and men do it any old time. But women will only do it if the candles are scented just right -- and their partner has done the dishes first. A stereotype, sure, but is it true? Do men really have stronger sex drives than women?

Well, yes, they do. Study after study illustrates that men's sex drives are not only stronger than women's, but much more straightforward. The sources of women's libidos, by contrast, are much more difficult to pin down.

The lengthy article then goes on and talks about various factors and studies that support the conclusion not only that they have different sex drives, but that for women sex is much more of an emotional experience than it is for men.

In pointing out the differences in the sexes, I did not mean to excuse male promiscuity or married men having affairs.  I don't buy for a second the claim some men make that they can't control their animal urges.  Rather my point was that, for women, sex is much more likely to be an emotional experience than it is with men, which reasons are outlined in the WebMD article.  Thus, the emotional consequences for engaging in random romps in the hay are usually more substantial for women than it is for men.  For women seeking sexual partners in a night on the town, it usually isn't about raging hormones but rather about the need for a connection with another human being, often simply an emotional connection.

It's nice to hold onto the liberal fantasy that women and men are the same when it comes to sex.  But medical science and everyday observation say that fantasy is not reality.
Posted by Paul K. Ogden at 6:53 AM

Simply stated, "Men and Women were created with differences." I know this will probably offend liberals and God-hating atheists, but the truth of the matter is that we are different.

Men will do ridiculous things when they "are in the mood". They can easily be manipulated. In fact, some of them love it so much they will allow themselves to bankrupted.

Google Princess Sierra. Google the accountant she calls "fagarina" that she made live in an apartment decorated with Barbie theme.

She invented money domination. She flat out states on her website that she will stop until the guy is bankrupted. She laughs at them, yet they pay her anyway.

I found what she does to be highly immoral, but still it fascinates me.

I haven't looked at her websites in a long time, but I think she's still in the biz. She lives in Ohio.

More often than not, men are idiots when it comes to that. Just look at Bill Clinton.

Among those with the largest number of sexual partners, females are by far the greater percentage. Female prostitutes may be serving mostly men, but the women doing the serving have many more partners than the men being served.

Since the stain of Puritanism is hard to erase, it is still contended that women typically have less sexual desire. So both the reactionary conservatives and the reactionary feminists have constructed myths of female prostitution as an outcome of male oppression and female economic hardship. Baloney. By and large female prostitutes have strong libidos and enjoy their endeavors. The oppression that most concerns prostitutes is that which prevents them from engaging in the work they take pleasure in doing.