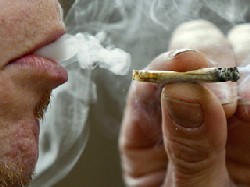 Like same sex marriage, notice the generational difference in views toward the legalization of marijuana.  Legalization is coming.  Gallup reports:


PRINCETON, NJ -- A record-high 50% of Americans now say the use of marijuana should be made legal, up from 46% last year. Forty-six percent say marijuana use should remain illegal.

More men than women support legalizing the drug. Those in the West and Midwest are more likely to favor it than those in the South.

Percent of Subgroups That Support Legalizing Use of Marijuana

So much for the idea that conservatives embrace small government and liberty.

Which is why I despise Southerners, Republicans and Conservatives, the most anti-freedom scum on the planet.

When it comes to civil liberties issues, like eliminating or restraining civil forfeiture, I get more support from conservatives than it I ever do from so called liberals.

Liberals and conservatives selectively support some civil liberties, but more often they share the instinct for repression. Only libertarians have a cohesive and thorough ideology of freedom.

I am a conservative and support marijuana legalization.