An investigation that started in March with money falling from a hidden compartment in a truck ended last week as apparently the largest drug bust in Indiana history.

More than 5 tons of marijuana and more than $4.3 million are now in law enforcement hands, with four men in the Marion County Jail on charges that could put them in prison for life. 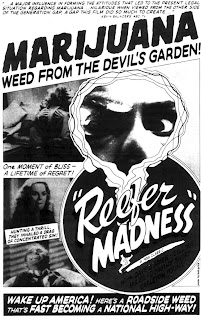 The size of the bust has law enforcement confident that they have, at least for now, halted a large drug distribution operation in Indianapolis and probably affected a Mexican drug cartel.

“This is going to have a profound impact,” said First Assistant U.S. Attorney Josh Minkler, who, along with other federal and Marion County law enforcement officials, detailed the coup Sunday to The Indianapolis Star.

“This is one of those rare cases where you get both the drug proceeds and the actual product, so this organization has obviously suffered a significant setback, if not been eliminated entirely by a seizure of this nature,” he said.

U.S. Attorney Joe Hogsett said the financial hit to the Mexican cartel, which authorities believe was the originator of the marijuana and the ultimate destination of the cash, is far more than the $4.3 million seized here. While the bulk value of the marijuana — 10,505 pounds, or 5.25 tons — is about $5 million, Hogsett said, the street value “could be upwards of 10 times that amount.”

“Even being conservative, the cartel is not only out $4.3 million in proceeds that was on its way, but they’ve now lost the possibility of maybe $50 million in proceeds from the distribution of drugs,” Hogsett said. “This was significant because we got them both coming and going. The money was going, and we interdicted the drugs that were coming.”

I'm wrapping up watching the series Prohibition by Ken Burns.  The parallels between alcohol and marijuana prohibition are striking.  Making alcohol illegal resulted in the involvement of organized criminal enterprises in the making and distribution of the intoxicating product.  Crime spiked as gangs fought over territory.  Federal officials would periodically conduct busts, rounding up the bootleggers and smashing stills.  Every time they claimed to have made a striking blow for the prohibition cause.  In the end, all the enforcement efforts did was drive up the price and make it more, not less, inviting for organized crime.

I'm sorry, but this marijuana bust, the largest drug bust in Indiana history, will not cause a decrease in drug-related crime.  It will cause an increase in the cost of the product and make the business of distributing it more inviting for organized crime.  Just like prohibition.

I have serious doubts that federal officials actually believe this bust will make a dent in the "Reefer Madness" some people choose to indulge in.  Rather I think the reason for the bust can be found in the article.  Hogsett and the local law enforcement officials recovered $4.3 million from the drug traffickers.  Let's see how much of the money above law enforcement costs is paid by prosecutors to the Common School Fund as is required under Indiana law.  My guess is the figure will be the same as always, 100% for law enforcement, 0% for schools.  Unfortunately our local judges are not enforcing the law that requires that prosecutors, at the end of a civil forfeiture case, prove law enforcement costs for the case, with a check cut to the Common School Fund for the balance.

We recently passed a milestone in this country.  According to a Gallup Poll, for the first time more than 50% of Americans believe marijuana use should be legalized.  That is higher than ever and the rate is soaring thanks to younger people who are against prohibition.

While it is great that the legalization debate is happening, one thing that is overlooked is that marijuana prohibition is big business for law enforcement officials.  They love the cash that the busts bring.  When it comes to U.S. Attorney Joe Hogsett and Marion County Prosecutor Terry Curry, the bottom line is that they like the money they get from civil forfeiture much of which is made possible because of marijuana prohibition.  Take that away and they lose money.

I'm sorry, but excuse me while I don't celebrate this historic drug bust.
Posted by Paul K. Ogden at 8:27 AM

Can we at least be happy that the money is going to stay in the U.S. instead of head to Mexico?

Kilroy, as it's just going to encourage policinig for profit (with no money going to schools) and raise the price of pot which leads to increased crime, my answer would be "no.".

You're right on with this one, Paul

By coincidence I came upon a short clip of Ron Paul speaking to college students.

"Why shouldn't you have free decision about what you eat, drink smoke, and put into your own body?"

Ron Paul: Eat, drink, and smoke whatever you want!
http://liten.be//VJIOe

In the book Deadline:Indinaapolis, Dick Cady talks about a big "bust" that the US Attorney and county Prosecutor were successful in in the 1960s. The dealers and IPD/Sherrif's deputies often mocked the investigation and subsequent indictments because even though it was "the largest bust in history" or something like that, the guys they caught were the small time dealers, not the politically connected drug traffickers. The way Cady writes about it, it seems to imply that the traffickers ran legit businesses such as bars and did the drug trafficking on the side.

The more things change, the more they stay the same.

Just think of the tax revenue that could have come from this much weed.

If they really wanted to have an impact on the Mexican drug cartels, as they so disingeniously claim, then they would LEGALIZE the harmless drug known as marijuana and eliminate the black market.

Pharmaceuticals which are prescribed, controlled, and FDA approved, kill more than 200,000 people a year.

There is not a single instance of marijuana ever causing a death.

Not only is marijuana not harmful, but it helps a lot of people with all kinds of health problems from pain, anxiety, to glaucoma.

Bill Levin (also running for city council) says that if Indiana legalized marijuana and sold tax stamps for its possession, the STATE would earn an additional $4 billion a year revenue from people who didn't mind paying it.

The legalization of marijuana could shore up our pensions and buy that high speed rail.

Off Topic, HEI did you per see the article in Forbes of the ten highest paid executives in America? The CEO of Express Scripts was #4, 51.5 million per year. Over 50 million per year selling legal drugs and we wonder why the cost of drugs keep increasing.

The possibility of increased government revenue-spending is the one thing that gives me pause about legal marijuana. Illegal it funds a network of crime syndicates, but legal it would fund the most dangerous crime syndicate: government. It isn't hard to imagine marijuana funding the killing of innocent civilians by American drones.

Jon, the cost of drugs is increasing because government regulations have destroyed competition and driven most medium-sized and smaller manufacturers out of business. They can't afford the billion dollars i takes to get a drug approved by the FDA, while Big Pharma can. High executive salaries are a result of the cartelization of the drug industry, not a cause.

Nicolas, they get that revenue now through forfeiture. I agree though that more revenue to me isn't a big issue for legalization. Lord knows, our government would waste the money.

Wouldn't the marijuana tax be used on a state and local level?

We don't make drones, at least yet.

And I do agree, the gov't wastes money better than anything and or anyone.

HFTX, I refer you to:

Police agencies around the USA soon could have a new tool in their crime-fighting arsenal: unmanned aircraft inspired by the success of such drones on the battlefields of Iraq and Afghanistan.

Local governments have been pressing the Federal Aviation Administration for wider use of unmanned aerial vehicles, or UAVs — a demand driven largely by returning veterans who observed the crafts' effectiveness in war, according to experts at New Mexico State University and Auburn University. Police could use the smaller planes to find lost children, hunt illegal marijuana crops and ease traffic jams in evacuations of cities before hurricanes or other natural disasters.