Carmel Private Investigator Scandal Deepens; Are Carmel Democrats and Libertarians Kicking Themselves for Not Fielding a Mayor Candidate in Carmel?

﻿ ﻿Another day, another story about the City of Carmel using private investigators.  Apparently this isn't a recent occurrence, but rather it has been going on for 10 years.  Fox59, the first to break the story, updates it today:

According to emails obtained by Fox59, Carmel Mayor James Brainard said individuals "came to us that the city funds were being misused. It was of great concern that foundation funds were at risk, as well as sexual harassment and sexual intimidation. The police chief was informed, but not requested to investigate."

So why then call in private investigators to track Libman?

"The city attorney conducted his own investigation because he needed to prove or disprove these serious concerns that put the city at risk."

"I don't know why this is the city's business, " said Seidensticker. "I'm still trying to draw the lines."

Now Fox59 has uncovered private investigators have been used in 2001, but who were they tracking and how much more did that cost to the city of Carmel? So far, our records requests have gone unanswered. 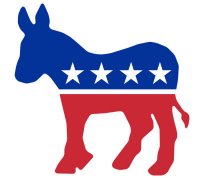 This is a story that is unlikely to blow over. Other local television stations, and even the Indianapolis Star, has picked up on the story.  When it is eventually revealed who has been investigated by the private investigators over the last 10 years and what investigatory tactics have been used, there is liable to be an uproar.  Private investigators often don't strictly follow the law in how they conduct their investigations, to say the least.   Of course that's generally not a problem as those tactics don't usually get public exposure. That may change. Mayor Brainard will be on the ballot in just under three months, seeking his fifth term.  If this scandal grows, he might have quickly become vulnerable at the polls.  The Democrats and Libertarians though failed to field a candidate in overwhelming Republican Carmel.  Without an opponent, Brainard only needs one vote to win. Presumably he will vote for himself.
It seems like a waste to put the proverbial sacrificial lamb up to get slaughtered in these lopsided partisan races.  But every now and then there is a big scandal that suddenly makes the certain winner vulnerable.  You can't win though if you don't have a candidate.

Gary Welsh of Advance Indiana has two takes on the Carmel scandal that are worth reading:

Jimmy going Nixon will only endear himself to the Republican base.

And Paul, if you run for office in Indiana, you've just declared war on the other party who will try to get you imprisoned, fired from your job, forced to move from the state, whatever.

On top of that attack, the Secretary of State is waiting to crucify you for not being letter-perfect and stopwatch-accurate in each and every filing you make.

A person needs a big party fully behind him before he ought think about running for any office.

It's just not worth it to run for any office unless you know well in advance that your chance of winning is at least 50%, and, even then, one ought take great pause before putting oneself at risk.

It's purely a waste of time for any party to field a candidate against Brainerd and have that person get tagged with the "failure" label that will dog you for your lifetime. Should that person ever criticize anyone, he'll be referred to as "failed-candidate x," or "x, who lost to y in 2011,..."

It's just not worth it.

Cato,
Nice coinage: "going Nixon." Voters are so dumb, though, that those in Carmel might blame Brainard for the national debt and high unemployment.

I've read enough of Mr. Ogden's posts to recognize that he has an inconsistent ideology riddled with cognitive dissonance. He smells scandal brewing in Carmel while supporting Mike Pence, who voted to create the federalized TSA.

Excellent post. he only thing I would add is the Republican Party including the Legislature, the Ethics Chairman, the Ag, the IG and other state agencies will run you out of the state and let their friends file unfounded federal claims to ruin people when the non favored group comes up with a better plan for a contract then the party backed favorites.

The party all the way to the Governor will plead no knowledge of anything but will enlist the power broker attorney's in Indianapolis to cover their tracks from stem to stern. It is the INDIANA way.....

As for the Mayor from Carmel he only proceeds along the same path as the system down Meridian St.

Paul knows and has tried to do something about some of this and hit a wall.

Nic, on the Pence matter, I think Paul is a little adrift. He's yearning to find some prominent Indiana Republican to give loud and public support, lest someone eventually ask him the fair question: "do you support any Republicans?"

Paul doesn't want to left stateless, so I suspect he's trying mightily to find some Republican ledge upon which he can find a toehold of purchase.

Paul see the abyss on the other side of the question "do all Republicans support an inherently evil ideology," and a guy like Paul needs to come home to the village, every night, so he has to keep up his Republican cred with a few major Republican camps.

All that said, the Republicans don't like guys like Paul. The Republicans want automatons who run the entire playbook and don't change the play at the line.

The Republicans want to know you'll do what's asked of you when it's asked.

I totally agree about the "failure" label being misapplied to someone who runs against Brainard in the general election and loses. It's not really fair. Then you have something like this come up and he could end up being in such trouble that he might have lost. But who knew?

Are you sure that Paul is a Pence guy? I would not be so sure about that

Cato, I'm not sure why you say "Republicans" don't like me. I think you're referring to SOME Republican elected officials and party leaders (but certainly not all.) Actually I'm very popular with rank and file type Republicans. It's some of the leaders such as Kyle Walker, Greg Ballard, Joe Loftus, Bob Grand that I've criticized. But I've criticized them for selling out conservative Republcian values. Those people hardly reflect the majority of Republicans working in the trenches.

The fact is every legislator is going to have votes I don't agree with. If I am demanding 100% agreement on every bill, well that's never going to happen. I know Mike Pence personally and like him a great deal. I agree with him on 90% of the issues. He's never wholesale betrayed conservative Republcian values like a Ballard or a Jim Brainard has. Sure he has voted ways I don't agree with, but that's going to be the case with everyone. I don't think that makes me "inconsistent" it makes me a realist.

90% of what Ballard and Brainard has done has been wrong. 10% of what Pence has done is wrong. I think you're going down a never winning road if you simply lump Ballard, Brainard and Pence together and say they're equally bad because they've all been wrong.

So, Mr. Ogden, aside from Pence having supported the creation of a massive unionized police state agency, instead of leaving security to the airlines, Pence is fine. And despite his support for virtually every other federal attack on rights -- from the drug war to the Patriot Act -- you support him.

That's your prerogative, but let's not pretend, when push comes to shove, that you are a friend of liberty. It is never hard to clarify the profound and irreconcilable differences between libertarians (not to be confused with Libertarian Party phonies) and conservatives.

Actually, Nicolas, the TSA is NOT unionized. AFSCME or whateer the government union is has been trying to unionize them since their inception, but have failed to do so.

Once again, you are assuming that Paul is a total Pence man. I have a feeling that Paul will call Pence out on some of his "issue" positions,should Pence ever decide to have one

Bill, you are correct. I have called Pence out already on the ill-advised campaign strategy of not saying anything until after the primary. He listened to me...and is now speaking out about policy. Okay, it probably had nothing to do with my comments.

Nic, I get the impression that there would be no one who would be satisfactory to you. There would also be some issue out there that they voted the wrong way and thus you won't support them. Nobody is perfect.

On balance, Pence is pretty darn good on the issues I like. There is no comparison with between Pence and others like Brainard, Ballard, Zoeller, elected officials who continually fall short of my principles. So why put Pence is the same basket I put those indivduals in who sold my beliefs out time and time again.

Pence voted for TSA, but he's also solidly conservative on virtually every other issue. Your problem apparently is he's not 100% perfect. I'm afraid nobody is going to live up to that standard.

What is the implication of this, then?

Airport screeners around the county have chosen the nation’s largest federal employee union to represent them in collective bargaining talks with the government, federal officials announced Thursday.

It is so freakingly emblematic of Republicans that support by one of their politicians for the TSA abomination is not sufficient to disqualify him for office. It's why the Republican party is no friend of economic or civil liberties.