At What Point Does Private Behavior by a Politician Become a Front Page News Story? 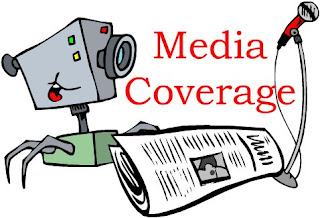 Today the Indianapolis Star published a front-page article about an alleged rendezvous Rep. Phil Hinkle set up with a young man in an Indianapolis hotel room.  The story actually leads into a topic I've been thinking about writing since the Congressman Anthony Weiner scandal, namely at what point does private behavior by a politician become fair game for the media?

It is not clear why the Star chose to make this a story.  The Star has been given lead after lead about legitimate issues in the Indianapolis, such as the revolving door, influence peddling, pay-to-play insider dealing, and the Star publishes nothing.  Yet when it comes to a salacious rendezvous a legislator supposedly set up with a young man, it is front page news?

Even then, it's not like Hinkle's alleged rendezvous is the only one involving our politicians.  Anyone who has been around government and, in particular the legislature, knows rumors of politicians having affairs with lobbyists, staffers and setting up clandestine sex meetings for casual sexual encounters are a constant topic of conversation. These stories are often provided to media outlets, undoubtedly with some level of proof, and are almost always discarded as personal matters that shouldn't be part of the public debate.  Yet when it came to Rep. Hinkle, the Star's editors for some reason chose to not only to cover the story, but to make it front page news.

Where do you draw the line between what you cover as a reporter or an editor, and what you and  disregard as a personal matter?  I don't believe that a politician should all right to privacy once elected to office.   We need to have good people serving in office and if you don't allow those people to have a private life, many may choose to forgo public service.

When I saw the Hinkle story, I thought someone had put the National Enquirer in my newspaper box.  I'm still not sure it's a story and I hate to see it crowd out the sorts of things the Star should be covering.  As far as hypocrisy as a justification for the coverage or at least the front page placement, as I recall Rep. Hinkle does not wear religion on his sleeve like a lot of politicians and I don't remember him constantly pushing "family values."

As far as news coverage of the alleged rendezvous, I have to wonder if the man's stepsister shopped the story to the television stations in town and they refused to cover the story, while the Star, repeatedly scooped over by those stations, decided to print it knowing it would sell papers.  I'm betting that is exactly what happened.

When does private behavior by a politician become something the media should cover?  I wish I could think of bright line rules, but I can't.  I can only speak for myself and if the same story landed in my lap as a blogger, I wouldn't have published it regardless of which politician was skewered by the coverage. So much for bloggers having a lower standard than the mainstream media when it comes to what they will write about.

I also know what I care about and don't care about.  For example, I couldn't care less what a politician's sexual orientation is.  What I care about is public honesty and integrity, someone who stands up for taxpayers and is not in public service as a way of making themselves and their friends rich.  I've always liked Phil Hinkle because he is outspoken about defending the taxpayer, believes in public service, and is not a sell-out like so many Indianapolis Republicans are.  If Rep. Hinkle resigns over this and is replaced by a hand-picked choice of Republican County Chairman Kyle Walker and other insiders, all of who want reform in the local GOP will suffer.

If someone knows where the media should draw lines on covering a politician's private life, I'd love to hear the feedback.  This is one of the issues, and there aren't many, I have to profess I don't know the answer.

Actually it's got to be a direct, I'll pay you for sex proposition. I don't think Hinkle admitted to that and the Star says the emails didn't mention sex. So basically you are faced with the allegations of one side.

If it turns out there is evidence of a crime so that Hinkle gets charged, I agree it becomes a story then. But is it really a story because of what one side is saying without any criminal charges being attached? You know how many stories are out there about legislators frequenting hookers that never make it to print?

Actually there could be crime on the other side as well. He was probably set up to extort money. You can't tell me they didn't google his name before the 18 year old went to the hotel room. I'm sure they knew exactly who he was and may have thought it was a way of cashing in. My guess, and it's only speculation, is that they went to the media because the $10,000 payment didn't come through.

Directly from his Legislative Bio: "Phil is married to the former Barbara Conti. They have two children;..." I'll tell you where the line is: When a politician's personal life reflects dishonesty. The man is married with kids, and he chose to be unfaithful with another man. There is room for forgiveness and redemption, but that comes from his family and God, not his electorate. Good bye Phil

If the matter of forgiveness is between Hinkle and his wife, then why is this any concern of the public? I think you proved my point.

Are you suggesting to be "honest" he should have been open about sexual preference rather than be married with children. I don't know what it's like to be closeted as to one's sexual preference, but I can't imagine coming out of the closet is an easy thing, especially for someone of HInkle's generation where men who like men were deemed moral degenerates.

Stay out of politics and upper management.

No "passes" for indiscreet behavior. It usually is indicative of behavior not conducive to being ethical or honest in your day job. Citizens don't need or deserve that from the people the place their trust in.

I expect it sells newspapers. I was at a service club meeting and Jerry Springer was the speaker, it was not to long after was booted out of the mayors office in Cincinnati for bouncing a check to a hooker. He had just landed a job as a political commentator with one of the local TV stations in Cincinnati. One of the guys asked why they reported so much scandalous news in the paper and TV.
He said people love it! It goods good ratings and boost newspaper sales. Of course Jerry made a fortune building on that theory.

Not to mention ya don't have to do much research to report the story. A story tailor made for the Star's lack of depth reporting.

For the record, Guy, Springer's hooker check didn't bounce. It was uncovered during a raid of the prostitute.

Springer paid for sex. He didn't write a bad check. Of course, what made him think paying for a prostitute with a check was a good idea?

Politicians at much higher levels than Representative have had indiscretions and lived a full political life. John McCain and Newt Gingrich leap to mind.

So, its not about fidelity and honesty.

You seem to be missing a few things:

(1) Phil Hinkle has voted against equality for gays and lesbians, yet it seems he believes it is okay to engage in closeted homosexual activity.

(2) Assuming the allegations against Mr. Hinkle are true, then his actions are far worse than simply cheating on his wife and patronizing a prostitute.

He is being accused of sexual battery, criminal confinement, intimidation, and interfering with the reporting of a crime. These are serious criminal allegations, whether or not he has yet been charged with them.

(3) Are you sure you aren't letting your own partisan view cloud your judgment? If a young lady came forward to the Star and said that Pat Bauer offered to pay her for sex in what was initially a consensual arrangement, and then grabbed her buttocks and tried to prevent her from leaving a hotel room when she decided to back out of the arrangement, would that still be a private matter in your book? Would it be unfair and sensationalist for the Star to publish the story if Mr. Bauer refused to comment, except to say he was a victim of a "shake down,
and the only side of the story the Star could offer were the allegations of the young lady?