Over at Masson's Blog, Doug Masson has been tracking one of my favorite pieces of legislation, Senate Bill 32 which would allow all counties to adopt vote centers. Vote centers would replace the old precinct polling stations with fewer and bigger voting locations. Voters could then vote anyplace in the county on Election Day. With computer technology poll workers can print out a ballot specific to that voter. The voter registration list is also electronic and will immediately be updated. The computers from all the polling places will be linked.

People often confusing vote centers with early voting sites. I have some modest concerns about early voting undermining the collective experience of Election Day. I think we need to keep it fairly limited. But Marion County vote centers should be enthusiastically embraced as a way of sharply slashing the labor and cost required to put on an election. 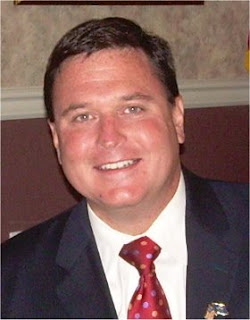 I've been advocating vote centers since 2002, the year I ran for Marion County Clerk. Part of my platform included pushing for Marion County to eliminate the old precinct polling places (which hail from a day when people traveled by horse and buggy) with what I called "voting centers." That proposal fell flat. When I talked about voting centers, you would have thought I was discussing quantum physics. Nobody understood how my proposal would work. And to be fair, my limited research didn't reveal any place else in the country where vote centers had been adopted.

We have Secretary of State Todd Rokita to thank for pushing the legislature to try vote centers on a trial basis that proved successful. While Rokita is often criticized by politicos, I think Rokita vastly improved the operations of the Secretary of State's Office during the eight years he was in office. He also used his position to push through election reforms like vote centers. While I think Rokita did make a mistake in getting involved in the Charlie White matter which was clearly was the domain of the criminal justice system, I think overall he did an excellent job as Secretary of State.

Senate Bill 32 requires a unanimous vote of the bipartisan election board, i.e. both Democrats and Republicans must agree to support vote centers in the county. I can see the parties here in Marion County jockeying over where those vote centers will be located and eventually lacking the the unanimous vote needed to adopt the reform. It's a shame. Marion County voters, and those of us who work the polls, deserve this much-needed reform.

An excellent argument has been made that voting is only in the interest of the ruling class, not of the ruled.

Democracy: The God that Failed
http://en.wikipedia.org/wiki/Democracy:_The_God_That_Failed

I see Theodore yesterday voted to renew the Patriot Act. So much for Tea Party limited government and caring about our rights. The establishment owns that boy. He's got a ticket to the party, and he's gonna dance with the date that brung 'em.