Why Fiscal Conservatives Have No Friend in Indianapolis Mayor Greg Ballard 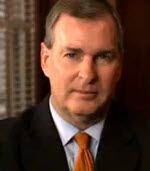 Over at Indianapolis Times, Democratic partisan Terry Burns details how Mayor Greg Ballard went from an anti-tax candidate to a Mayor whose appetite for more taxes/fees and more spending seems to have no limits:

As a candidate for mayor, Greg Ballard campaigned on an anti-tax platform. As mayor, it seems there isn't a tax that Ballard hasn't raised (or tried to raise).

● Increased hotel tax in 2009 (making it the one of the highest in the country) as part of the CIB Bailout he promoted. Indianapolis Star, August 11, 2009

● Added J.W. Marriot to the Professional Sports Development District as part of CIB Bailout he promoted.

● Transferred property tax revenues to the CIB for the first time ever, further shifting the financial burden to residential taxpayers.

● Pushed through a plan that will cause parking meter rates to double in two years and extend meter operation hours. Indianapolis Star online, October 20, 2010

Burns is actually being too kind. Let's go over some of the taxing or spending schemes that was left off the list.

Mayor Ballard's betrayal of fiscal conservativism has been astonishing. While some might say a Mayor Melina Kennedy would be worse for fiscal conservatives, I would ask, how could that even be possible? Ballard may be the most liberal, big spending, big taxing mayor in Indianapolis history.
Posted by Paul K. Ogden at 6:45 AM

I always like to give people the benefit of the doubt and assume they usually have the best of intentions when running for office, even those who may be misguided.

I wonder sometimes if the trouble here is that the anchors of conservatism, liberty or economic freedom just weren't deep in the ground enough to withstand the special interests, big money law firms and the fiscal hat-in-hand gloom and doom types who scare politicians with the end of the universe unless XYZ happens.

Increases in things like use fees can always be forgiven if they correspond with reductions in more broad based taxes, but we just haven't seen that.

Certainly the 2007 Indianapolis "Tea Party" crowd (prior to the current movement) has been left feeling disappointed and angry.

Sean, why aren't you running for Mayor?

You bring up a very good point...that Ballard may not be betraying his fiscal conservative beliefs because it could simply be that he never had those beliefs to begin with. I think that's probably true. Of course his supporters had those beliefs.

This brings me back to an irritation I have when I hear people clammoring for a candidate with no political experience. (Elected political office is the only job you seek bragging about your inexperience for the position.) The problem is you get someone like Ballard without any well-thought out positions, who is going to be pushed around by people who are more politically savvy.

So the question begs, is Melina Kennedy going to be any better?

Paul - I might not even say "he didn't have them" just that, like we see with most politicians, the core philosophical underpinnings are underdeveloped OR sometimes these folks are just to easily manipulated.

Example: "The CIB is going to collapse and Indianapolis will fall into the great black hole at the center of the Milky Way which we all know to be populated by terrorists who want to kill us IF YOU DON'T RAISE TAXES TO BAIL THEM OUT."

There also tends to be a tremendous lack of imagination in government because it is often the same cadre of sycophants offering up nothing new, preserving a status quo or representing their own (or their client's) interests.

What evidence is there that Ballard had authentically "fiscal conservative beliefs”? Why not just assume that he was lying? There is scant evidence that more than a handful of Republicans -- mostly heretics like Ron Paul -- genuinely have "fiscal conservative beliefs.” In a US House vote yesterday to reduce military spending, only about two dozen Republicans voted in favor.

As usual, Mencken had it right:

One could conclude he was lying during the campaign. I tend to default to the answer that doesn't involve deception...that he really didn't have any strong views. That seems to be more likely given his inexperience.

But you could be right.

Melina Kennedy couldnt' possibly be any worse. Ballard has proposed raising every tax and fee known to man, after all.

Seriously, if I'm going to have a liberal, big spending, big taxing mayor in office, cutting deals for political insiders I'd prefer that person be a Democrat. There is nothing worse than being betrayed by someone pretending to be your friend.