Did Jeff Cardwell Sell His Political Soul for a Spot on the Council?

I got to know Councilor Jeff Cardwell in 2002. Cardwell had previously been a supporter of Rex Early during this campaign for Governor in 1996. In 2002, Cardwell supported former Sheriff Joe McAttee against the ultimate insider candidate, Lawrence Mayor Tom Schneider. Schneider won that nomination for Marion County Sheriff, but then was crushed by Frank Anderson so badly in the general election that Schneider only won a handful of precincts in the entire county. I was supporting McAtee and also a candidate on my own for Marion County Clerk. 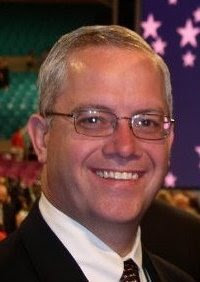 Cardwell was a fresh face, someone who was willing to stand up to the establishment GOP. He was a Republican party official who opposed the slated Tom Schneider. Back then, even more so than now, opposing the slate was treated as a mortal sin by party leadership.

Cardwell remained an independent Republican voice on the south side for years later. I appeared on his radio show a couple times, including the weekend before the November 2007 election when I predicted the Ballard victory and Republicans taking control over the council.

Cardwell in 2007 was also candidate for the council, running for the seat vacated by Phillip Borst.
Cardwell won that election. I was thrilled about the victory, thinking we would have an independent-minded Republican on the Council, someone who wouldn't just be a rubber-stamp for whatever the elites in the city wanted.

Wow, did I turn out to be wrong. Councilor Jeff Cardwell is not someone I at all recognize. Once elected, Cardwell immediately became a rubber-stamp for whatever Mayor Ballard and party leadership wanted. The conservative southsider I so much respected has signed on to every tax/fee increase proposed by Ballard, every hair-brained project and spending program. He voted for the Pacer $33.5 million gift, the ACS 50 year parking deal, the CIB tax increases, and now the misguided North of South project that puts the taxpayers on the hook for nearly $100 million on a project that every lender viewed as too risky to fund.

Unlike other councilors who occasionally show a glimpse of independence, Cardwell has shown none. I can't think of a single vote in which Cardwell has opposed anything the administration has wanted, no matter how un-Republican those proposals have been.

I know that often, in conjunction with running for slating in Marion County, candidates will often sell their political soul in order to get the support of leadership. Given Cardwell's history of standing up to the establishment, I never thought he would be one of those people. Apparently I was wrong.
Posted by Paul K. Ogden at 3:18 PM

Follow the money, Paul. He owns a business. Who is sending business his way?

Many of the grass rooted share your disappointment. You'd think that with the number of dropped balls by MC Republicans, they'd know they're playing "from behind" but they don't or don't care. Either way it's not good.

Paul,
Please remember the conversations we had about this when you were representing my wife and I in the federal court mess with the Ag and I told you what Cardwell did to my wife and I with other business folks in Indianapolis.

Being one of the initial investors in the Do It Best company Cardwell is deeply dialed in as AI clearly states.

If you would have only listened a little more intently and spent the time to connect the dots you would have found all the bread crumbs I kept telling you about that would or could not be believed.

The saving gratitude is that you have sen the light and see the situation on a far clearer plain now.

The entire situation of the mess in Indiana and the mis-leading information of the state of Indiana is truly a shame. I have direct information that there is talk on going of state employee unpaid furlows if it gets much worse.

The crooked contracts, the mis-use of public funds and the lies being told to the citizens of Indiana WILL come home to roost.

We tried and were told to go away. Good luck Indiana.

I can only marvel at Democratic Man’s capacity for self-delusion. There is no surprise that a politician would prove to be unprincipled, What is surprising is that anyone would expect otherwise. Believing in the democratic charade is what the politically credulous call “pragmatic."

Unlike its sexual counterpart, politics is a type of sadomasochism which delivers pain to many who don’t wish to receive it. Unfortunately, there is an endless supply of people who want to mete out the pain and those who want to experience it, while the rest of us are caught in the crossfire and forced to pay for the bullets.

If you are not among the sadists or the masochists, you can take refuge in the splendid vivisection of politics by H. L. Mencken in his book, Notes On Democracy.

I Know, I remember that conversation. I don't know why you think I wasn't connecting the dots. Mark and I always 100% believed you. That was never an issue.

The issue was whether the law provides a remedy. Unfortunately it doesn't always, and sometimes even when it does, it can be cost prohibitive to seek a judgment.