Kudos to Kara Kenney of Channel 6 for first breaking the story that retired Wayne Township Superintendent Terry Thompson walked away with a sweetheart retirement package that Kenney pegged as worth at least $500,000. 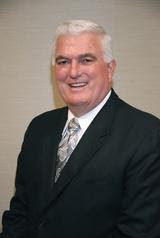 More like a million dollars. The Indianapolis Star picked up the story today and reported the package as being worth over a million dollars, including a $800,000 lump severance payment, as well as a payout of $1,352 per day over 150 days (worth $200,000) and a $15,000 stipend for retirement planning. The huge retirement package was rubber-stamped by the Wayne Township School Board which didn't bother to look at the lengthy documents associated with his 2007 contract.

If the Board would have employed its own attorney to review the 2007 contract, the sweetheart deal would have actually been read and flagged as against the public's interest. Now the Wayne Township Board's only recourse is to beg the retired superintendent to return the money the Board didn't intend to give him. Yeah, good luck with that.
Posted by Paul K. Ogden at 8:07 PM

We have been trying to get the actual figures for weeks. Instead of delaying the story further, we decided to go with we know the bare minimum of the package was, fully realizing it was more than that. We're still waiting to hear what those numbers are. -Kara

"The job of the school board is to oversee and act as a check on the executive - the superintendent and the school administration."

This part of school board members in representing district taxpayers, whether Wayne, Washington, IPS or elsewhere, seems to largely go unfulfilled. It's easier to "get along" and be trusting in whatever administration wants, than to question and probe. A glimmer of good news is IPS' board may be stirring with a recent 4-3 vote against a Dr. White recommendation.

Thanks to Channel 6 and Paul for covering this story on behalf of taxpaying citizens. There's a similar problem with media that usually finds it distasteful to uncover rocks to look at the icky stuff underneath. Thanks again.

Exactly, dcrutch. It's a shame that Kelly Bentley is no longer on that board, but it sounds like there are a few thougtful people left. I still remember the time that Supt. White insisted on the Board voting on the budget, while not providing anything but outlines. The majority of the Board said they didn't need to see the details. Unbelievable.

I think it was the right decision, Kara. You knocked it out of the park.

The bigger story is the ineptitude of these school boards. As you are aware of, some even adopt rules not allowing elected school board members to talk to the press. Any elected official who would sign such a pledge should be booted from office at the next opportunity.

So, they think it is perfectly natural to use the administration's lawyer and take the administration proposals (see how Eugene White acted when someone dared question the admins proposal) as gospel. Because, why not, aren't they all in this together - brothers in arms?

Usually it is unspoken, but sometimes those in government let it slip that the public process is merely an impediment to get through and is not to be taken seriously beyond merely going through the motions and maintaining the illusion of public decision-making. That is why your blog and others are continuously attacked because you dare raise questions and make people uncomfortable. They have grown used to doing what they want without any real scrutiny.

Because of that it is even more vital that the media really investigate government and stop reading and regurgitating press releases.

So, thank you Kara Kenney for making an effort - just don't let up - and, of course, thanks Paul for all that you do.

Perfect. Citizen Kane for best picture! I've never heard better expressed the consequences for all of us when there is no journalism.

Well reported Kara! That looks like journalism (not that it's all critical or investigative, but at least hold a promise of same).

And right on Citizen Kane about the discomfort factor, incest is wrong.