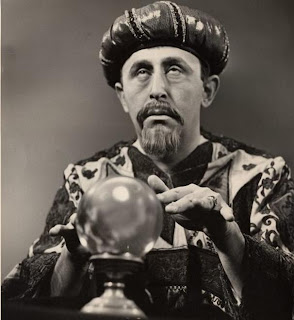 Governor Daniels: Despite all the talk, Governor Daniels will decide not to run for President. Instead he will assist other candidates with the hopes of being selected as VP.

Congressman Mike Pence: Pence will not be running for President, but he will definitely run for Governor. His formidable presence will keep many big name Democrats out of the race.

Education Reform: Besides the budget and redistricting, education reform will be THE issue that takes everyone's attention. Governor Daniels and the Republicans will push through measures forever changing the face of public education in Indiana. The chief one will be that "the money follows the child," a reform that will benefit growing school districts versus those urban school districts (like IPS) that are losing population. There will also be a major expansion in the ability of charter schools to open. Because of the economic climate though, a public-private school choice measure will ultimately be pulled.

Forfeiture Reform: Look for a 50-50 split between schools and law enforcement to be adopted as to civil reform assets that are seized. An accounting system will also be put into place. Not all of the 50% of the school money will go to the Common School Fund though. A significant portion will be directed to aid charter schools cover building and start up costs. Unfortunately other needed reforms in civil forfeiture, including limiting civil forfeiture to cases where criminal charges are actually pursued, will fail when they are opposed by law enforcement types.

Labor: The Republicans will pass a right to work law. Democrats will secretly be happy about the Republican move as they intend to use the issue to motivate their often dormant union supporters.

Wouldn't you think that the Dems will take the new maps to Court?

I don't see Daniels as a good number 2 man. I'm not sure if he'll run for President, but I can't picture him trying to nab VP.

Otherwise, you make sense to me with your analysis for the coming year.

I doubt he'd get a No. 2 slot. You generally pick a VP to win a particular state. Seriously if Republicans have to struggle to win Indiana, then they have bigger problems.

The D's might well take the maps to court. But that's a hard case to win. You can discriminate against a political party in the drawing of maps. That's not illegal. What is illegal is if you start dividing up minority communities. Republicans actually like to keep minority communities together though...it lets them pack more Ds in few districts. When it comes to redistricting you get a weird alliance between Republicans and black Democrats.

And under the category irony we see that the current prosecutor's next job is reputation management, see today's Indy Star.

Take Gary, then run a corridor down I65 to Indy, and grab old Indpls, leaving all township GOP areas to shore up other districts.

Let Visclovsky or whoever run against Carson for the privilege.

Result? 9-1 Indiana delegation in favor of the good guys.

As a charter supporter, I hope the legislature will find some funding to help. The start-up costs to get a building, hire staff, and pay for all the requirements is in the hundreds of thousands of dollars. I did the budget for ours, and we had to borrow about $800,000 in the first year to get started.