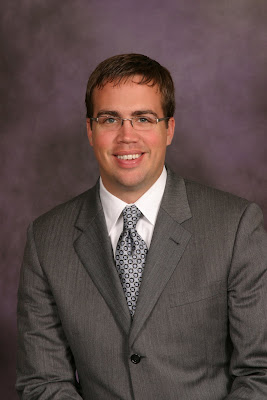 year no bid contract with the City to handle parking, a deal that is projected to pay ACS as much as $1.25 billion dollars over the next five decades.

Vaughn's employer is Barnes & Thornburg, which represents ACS. Vaughn's boss is B&T partner Joe Loftus, who is on the payroll to advise the mayor and is also a registered lobbyist for ACS. Vaughn was also listed as a lobbyist for ACS in Department of Administration state records...until Vaughn had the records changed.

Vaughn not only refuses to recuse himself on the ACS parking vote, he has twisted arms behind the scenes and strongly lobbied for the passage of the proposal. That Vaughn believes he does not have a conflict is mind-boggling. His own words belie that claim - he has said that he isn't going to recuse himself on this vote because it is so important to his client, er, I mean Indianapolis residents. Of course, the importance of an issue has nothing to do with whether a councilor has a conflict of interest, but let's not quibble with legal niceties that Vaughn, an attorney, apparently can't grasp.

A few years ago, Vaughn filed ethics charges against Democratic Councilor Monroe Gray. Vaughn's conflicts and ethical lapses though are far worse than Gray's and are certainly much more harmful to the public welfare than anything Gray thought about doing. Vaughn is intentionally using his position to strong-arm Council Republicans into supporting this highly unpopular deal so his client will make a pile of money.

Ryan Vaughn is the poster child for pay-to-play politics and corruption in city government. Will someone on the council please file a long overdue ethics complaint against Vaughn? Ethically-challenged Vaughn needs to be taught that he should not be using his position in government to aid his private law firm's clients. In the meantime, maybe it is time the FBI paid a visit to Vaughn's office. Or better yet, how about a nice public corruption campaign by Prosecutor-elect Terry Curry?
Posted by Paul K. Ogden at 1:50 PM

Paul, perhaps you're the best one to file the complaint.

.... with both the city and with the State Supreme Court

Council ethics complaints can only be filed by other councilors.

Yeah, but you can file one with the Bar. Lord knows, you've made an airtight prosecution in these pages. I know the State Supreme Court has seen what you've written. It's sad that they haven't acted on it sua sponte.

The bar application is such a joke. They hammer people in the application process over late debts, civil disputes, traffic tickets, and other meaningless baggage of life, but once you're in, you can cozy up to the power elite and surreptitiously use your public office to give friends, clients and colleagues millions from the public treasury.

I've come to think that the bar application is designed to keep the little people out so the well-born, free from the peccadillos that inflict the lower classes, can have the field to themselves.

Are there federal laws that would reach down to our Councillor's breaches of ethics.

I don't know anybody who voted for Barnes & Thornburg three years ago. Yet, they permeate every nook and cranny of the City-County Building.

The honest services statute within the federal mail and wire fraud statutes are still of applicability. If Patrick Fitzgerald were the U.S. Attorney here, there would have been dozens indicted by this point. Instead, we get nothing but political hacks in our U.S. Attorney's office who protect the rackets operating within and across both political parties.

A politician is loathe to unleash the beast of ethics lest it consume not only his neighbor but himself.

So, who is going to file the complaint. Time's a wasting!