Councilor Bob Lutz: Either Tell the Truth or Resign

On Monday night, I caught only the last half of the debate live on Channel 16. I expected to be able to simply watch the streaming video feed of the meeting only to get the following message:

The system was unable to find an appropriate server for the content you requested, the content may be behind a firewall or may be in the process of transferring to a distribution server. Please try again later.

Thank you for your patience

Two days later, I continue to get that message. Funny, I've never had any problem playing a Channel 16 video of a city meeting on my home or work computer. 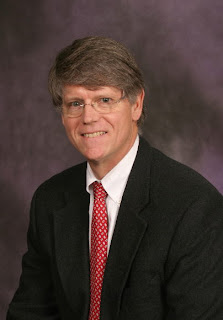 I'm not sure what I missed, but I did get to see part of a thoughtful presentation by Councilor Angela Mansfield. I also saw councilor Brian Mahern point out - quite correctly - than Ryan Vaughn had no business running the meeting while being a major advocate for the ACS contract that was being debated. Vaughn gave a rambling, nonsensical answer to why he didn't have a conflict of interest even though his employer- Barnes & Thornburg - lobbies for ACS. (Apparently Vaughn thinks the closeness of a vote impacts on whether one has a conflict.) Vaughn's boss, B& T Partner Joe Loftus (who lobbies for the City and for ACS) was sitting in the front of the room according to spectators and quickly was on the phone after the vote. Not sure if he was wearing his ACS or City hat.

In Vaughn's defense, his employer, Barnes & Thornburg, has never met a conflict of interest the firm couldn't ignore. The firm is constantly playing both sides of the fence in violation of ethics rules, a situation the rest of the legal community has complained about for years. Most recently, B&T was awarded a $5.25 million contract to represent FSSA in a suit against IBM over the bungled Medicaid privatization deal. IBM's partner on the deal was ACS, which is represented by B&T. B&T even acknowledges in its engagement contract with the FSSA that it might have to sue ACS, which is still the firm's client. (That is a conflict that is nonwaivable under the disciplinary rules.) Certainly ACS does not have a lot to worry about B&T going after it. The last thing B&T is going to do is lose ACS as a client because of an ethical responsibility to zealously represent a client FSSA and we taxpayers.

But I digress. What I found most interesting was Republican Councilor Bob Lutz's comments. Bob is an attorney and in fact was at one time the Wayne Township Small Claims Court judge. Most Republicans Councilors are quiet rubber-stamps for the administration's policies of raising taxes/fees and handing lucrative contracts out to politically-connected contractors. Lutz, on the other hand, is always in committee meetings and in full council pontificating at length about his supposed concerns about administration measures. In the end though, Lutz always pulls out his rubber stamp like everyone else.

Many people though have been persuaded by Lutz's comments, thinking he may ultimately vote against an administration measure because of the concerns he has expressed. I'm not the least bit fooled. I know that Lutz's performance is nothing more than act, trying to give the appearance of thoughtful consideration, while knowing his conclusion is always going to be that the administration is right. In reality, Lutz is no less of a rubber stamp on the council than a Susie Day or Angel Rivera. He's just a smarter rubber stamp.

Lutz's act though on Monday went too far. Lutz claimed the City could borrow money to pay off the ACS termination fee. That is a bald-faced lie. Minutes later Monroe Gray, who is not a lawyer, contradicted Lutz pointing out that the contract expressly forbids the City from borrowing the money to pay the termination fee. Gray is absolutely correct. Here's the language from Section 18.2 of the contract: "The City shall not ... obtain capital from any third party in order to fund the payment of the Termination Penalty..." It was outlined in a blog article I wrote in which I did a legal analysis of the termination provision, an analysis by the way that was directly emailed to all councilors including Mr. Bob Lutz.

Lutz as an attorney, indeed as a former judge, is cloaked with a certain authority when he speaks on legal issues. Other Republican councilors undoubtedly depend on his legal guidance. Lutz though chose to lie when he said the City could borrow to pay the termination fee. Lutz lied not only to his fellow councilors, but he lied to his constituents and the public, right there on Channel 16.

Councilor Bob Lutz abused his position as an attorney and councilor to lie to help push through a 50 year sweetheart deal for a politically-connected contractor. If Lutz cannot tell the truth, he needs to resign from the Council. After Monday, he certainly has no moral authority left to represent his constituents.
Posted by Paul K. Ogden at 8:42 AM

"The City shall not ... obtain capital from any third party in order to fund the payment of the Termination Penalty..."

Paul, how is that clause material?

The City contracts to receive money from ACS, and it can repay money to ACS. That's as far as the four corners of the contract can legally go. They can't write into the contract provisions that have no relationship to the contract.

For example, they can't say that any communication from the City to ACS must be delivered, in person, by three long hair petite blondes with thin waists and large chests, much as I'd like to draft that into contracts. The contract can't say that all memos the City types to discuss the contract among its employees must be drafted on clay, with stylus, in Mesopotamian Linear A. Such irrelevancies are too afield to the subject matter of the contract, the essential purposes for which the contract was joined, and are not considered "material."

ACS simply has no business concerning itself with how the City obtains funding to discharge its contractual rights, so I can see that passage as being quickly and easily read out of the contract through reformation.

Cato. I agree. I'm not sure how enforceable that provision is. Certainly it has no business being in the contract because of the very reasons you state.

By the way, can we change "blondes" to "brunettes" in your example?

I don't know if it would be a "material" breach if we simply ignored that provision 10, 20, 30 years down the road. Usually non-material provisions are unimportant matters in a contract -let's say you are to send a check by UPS and use FedEx instead. That would be a non-material breach. But the cancellation provision is an important part of the contract that is designed to protect ACS from the contract ever being cancelled. I think it would be considered "material."

That a brunette instead of a blonde delivered any communication would likely be considered immaterial. There's no reason for the distinction. There is a reason for the rule the City can't borrow money. The reason is that they are fixing it so the City can't exercise the option of early termination.

I'm not so sure Lutz is lying vs simply having no idea what is in the contract because he never bothered to read it.

Maybe Ryan Vaughn 'explained' it to him.

I can't believe that. It's right there in black and white. People have repeated pointed out details regarding the cancellation provision. Perhaps you're right that he purposefully never looked at the contract, but I think he's represented otherwise.

Paul, re: your 11:22 comment, if that's the case, then the clause is illusory and is read out of the contract under that rationale.

Cato, I'm not sure I agree with your legal interpretation. At the very least, the point you made wouldn't be a slam dunk in court - rather it would put us into protracted litigation over the enforceability of that clause.

Nonetheless, I'm sure the city's people who agreed to the provision barring the city from borrowing to pay ACS's termimanation fee weren't doing so as some clever tactic knowing ACS couldn't enforce it down the road against the City. The advocates for the City and ACS, are after all the same people.

It doesn't really matter, Paul, if that impromptu argument is dead-on. What matters is that you make enough legal arguments so the judge can pick one to rule in your favor. Does the contract have a defect because of an illusory promise? Good enough. Rattle on about how the contract was drafted by two bad actors using illusory promises to harm and deceive the public, and, presto, you've claimed the bully pulpit for your constituents.

You can make the best argument in the world, but if the judge doesn't want to vote for your dance pair, you're not going to win. The arguments are less important than being the one they like. Give reasons, not arguments. People vote for good stories. Fighting phony promises to make fatcats rich is a good story.

A court case really doesn't matter, because if a Mayor wants to throw ACS out in 10 years, they simply reclaim the meters simultaneous with delivering payment to ACS. Indy reclaims all the facilities, changes all access and locks ACS out of the system.

If they want, let ACS fight it out in court with the City after the City has already executed a fait accompli. Let them swim upstream. That's how you use governmental power.