Cancelling the ACS Contract, What the Ballard Administration Doesn't Want You to Know; And About That ACS Jobs Promise...It's Not Legally Enforceable 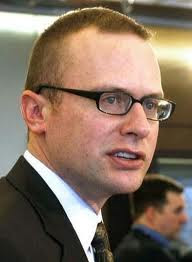 Not so fast. There are things Mayor Ballard and his point man on the parking deal, Deputy Mayor Michael Huber, are not telling you. First, according to Section 18.2, any decision to cancel the contract requires a year's notice. But it is much worse than that. Second, under Section 18.2, the City is not allowed to contract with another vendor to run the parking system for two years, unless:

the amounts paid or payable to any third parties by the City for outsourced services do not exceed, in the aggregate, the amounts paid under the Parking Meter Services Contracts during the Year 2010 and provided such payments do not include a revenue share with the City or revenue or collection guarantees with the City.

Given that this contract isn't likely to take effect until 2011, a vendor taking over the parking responsibilities within the two year window has to agree to be paid nothing since that's how much ACS will be paid in 2010 on the parking deal. Assuming the starting point is switched to 2011, any new vendor in the future, let's say 2031, would have to agree to take no more money on the contract that ACS received in 2011. Plus, even if a vendor can be found which will do that, the language of the section also prohibits the vendor from sharing its revenue with the City. So we'd have to go without any parking revenue for those two years if we turned it over to another vendor.

That language of Section 18.2 leaves the City with two options, none of which are good. First, the City can wait out the two year cooling off period, while doing the parking themselves. The second is to pay ACS an additional $5 million penalty on top of the tens of millions the City already has to pay for termination. $5 million is the additional price the City has to pay for contracting out during this two year window.

Well, if ACS does a really bad job, the City can just float a bond and pay the early termination penalties and $5 million penalty for breaking the two year window, right? Wrong. Section 18.2 contains a provision which prohibits the City from borrowing money to pay ACS's termination fee. Here's the language: "The City shall not ... obtain capital from any third party in order to fund the payment of the Termination Penalty..." The penalty at year 10 is $19.8 million. With the $5 million, the City would have to fund $24.8 million out of its general revenue stream to be able to terminate the contract at Year 10. At Year 20, this would be $21.25 million. Again, we are not allowed to borrow to make this payment.

In taking another look at the contract, I also reviewed the section that we attorneys refer to as the "incorporation clause." That's Section 20.2 which includes the line:

There are no representations, warranties, conditions, or other agreements, whether direct or collateral, or express or implied, that form part of or affect this Agreement, or that induced any Party to enter into this Agreement, or on which reliance is placed by any Party, except as specifically set forth in this agreement.

Folks, Deputy Mayor Michael Huber signed off on the separate letter sent by ACS in which the company promises to bring 200 jobs to Indianapolis. (Huber, as only a Deputy Mayor, would not have the authority to sign on behalf of the City absent a written delegation of authority from the Mayor.) I assume he was advised by Ice Miller or City Legal that the job promise contained in the letter could not enforced in court Anyone who has had Contracts 101 knows that the letter does not contain a necessary element of a contract - consideration. Section 20.2 of the Parking Agreement, which expressly prohibits the contractual guarantees therein form being used as consideration , would not provide the necessary consideration for the ACS job promise. In fact, none of the promises contained in the ACS letter (there is actually more in the letter than the jobs promise) can be legally enforced.

Shame on Michael Huber and all the rest of the lying skunks who are in Mayor Ballard's office. Thanks, Paul. Which Councilors will dare to vote Yes to this unscrupulous contract with ACS!

The stench of this deal is still lingering through out the city. The conflicts of interest are apparent and it surfaces the special interests involved.
Seriously folks let's get real. Public officials are supposed to be trustees of the commonweal, not political buccaneers seeking their own private gain. But sometimes, in what economists call a principal-agent problem, those trustees forsake that obligation and misuse the power delegated to them in ways that advance their personal interests rather than those of the public.
Corruption distorts the allocation of resources toward projects that
can generate illicit payoffs. Besides the undesirable efficiency consequences arising
from this distortion, the effect is likely to aggravate social inequalities, because the poor and powerless suffer, by definition, a comparative disadvantage in securing special favors.
As far as the 200 jobs ACS proposed to bring to the city for seven years that is a manipulation of the people to get this deal passed. Here’s some food for thought about ACS.
Salaries of ACS fall below the average. Their wages actually fall with in the poverty level. ACS employee's are also on a salary freeze and have not received a raise in over three years. They have posted management positions for starting wages of $9.50 hourly.
ACS has a 2.2 company rating nation wide by their employee’s. This is a strong indicator that ACS is not the kind of company the city of Indianapolis and the people of Indianapolis need. Indianapolis needs good, strong, ethical companies like Google, SAS, Qualcomm, and Genentech. Each of those companies has a program that enables employees to voice their ideas, enhances the innovative culture, and ultimately develops ideas that will benefit the business, communities, and employees. Each company supports innovation. They offer stress free environments and offer their employee's livable wages with exceptional perks. AND their annual earnings and profits are less than that of ACS (Affiliated Computer Services).
So, for ACS to "say" they are going to bring 200 jobs with this deal is insulting.
Their current employees’s throughout Indiana live off pennies, food stamps, and are regular patrons of local food pantries. Unless you work for ACS, people have no idea what ACS employee’s endure.