On Monday, Democratic Councilor Jackie Nytes was the sole Democrat to cross over and vote for the CIB budget, which included the $10 million taxpayer gift to the Simons for the Pacers. 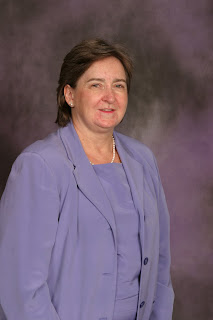 Several theories have been offered for Nytes often casting votes to pass Ballard-sponsored spending measures, that quite often happen to be politically unpopular. Earlier this year she voted for the CIB tax increases once again providing the Republicans with the key vote to pass the measure.

Let's run over the theories.

The first theory is that Nytes has never met a spending program she would not support and that her votes in favor of the CIB and other Ballard spending proposals are simply with her reckless spending philosophy. There seems to be strong support for this theory in her voting record.

The second theory is that Nytes has profited from millions the city money funnelled to her community development organization and business sent by the City and Republican candidates to a printing company, Printing Partners, that she owns. Gary Welsh of Advance Indiana has repeatedly laid out the case for this theory. Frankly, it's hard not to connect the dots between her getting money from a Republican administration and Republican candidates and her votes in favor of the Ballard administration proposals.

I though have another theory. From a political strategy standpoint, the best thing that could have happened for the Democrats on Monday is if that CIB budget, with the $10 million gift, passed. Sure it wasn't good for taxpayers or in the best interests of the City. But as an issue to use against council Republicans in 2011, well it is absolutely gold. Same with the CIB tax increases that Republicans (except Scales) and Nytes supported. Democrats will tear Council Republicans (and Ballard) apart with those issues next year.

As an analogy, I remember all those Senate campaigns where Evan Bayh campaigned as never having raised taxes as Governor. People forget that Bayh proposed raising taxes while Governor, it just didn't pass the Republican dominated legislature. The proposed tax increase just didn't have potency as a political issue once it failed. Same with the CIB issues.

My theory is that Nytes is deliberately voting for unpopular Council Republican measures as part of a master Democratic strategy to ensure that unpopular Republican measures pass and can be used against the GOP in the Fall 2011 election. Sure that's a cynical theory that cast doubts on the Democrats' sincerity, but hey I'm a cynical guy who looks at the possible political motivation on everything.

Frankly, I'm not 100% sure that's what's going on. Likewise, I'm not sure that the three theories cited are mutually exclusive. Certainly Nytes voting with the Republicans would be clever political strategy, albeit they are certainly not votes that are in the best interest of the City.
Posted by Paul K. Ogden at 8:54 AM

Well, if you are correct with theory number 3 - then Nytes will be slated by the Ds. While that does not prove it completely, her failure to get the slated position would nearly prove that she has actually angered the Ds.

What you say about the 3 theories not being mutually exclusive. I still hold that Nytes always votes for more money. I have never seen her vote against it.

One time she voted in favor of section 42 financing for an apartment complex in Decatur. Her justification was that the jobs at the airport are low-paying and these folks needed a place to live. No sense working for better jobs, I guess.

Its always about more money with Nytes. It's never about spending existing funds more wisely. Its all about more and more.

I really like that the more fiscal liberals (like the union types speaking out at council meetings) have finally come to the realization that the pie is only so big and they need to start complaining when money goes to downtown insiders that their cause could be receiving. For so long, they would simply ask for more money ignoring all the wasteful, big spending corporate welfare nonsense going on in the City. Now they're speaking. Bravo. It's funny that Ballard adminsitration has managed to unite fiscal conservative Republicans and fiscal liberal Democrats who are all screaming at the misplaced priorities of this administration.