On September 11, 2009, the Indianapolis Star ran an article about the robbery at a Huntington bank:

Daniel W. Oliver used a little girl as a human shield, police say, holding a gun to her head when he and an accomplice robbed a Westside bank last week.

But not just any 11-year-old girl. The girl, police say, called him Daddy.” 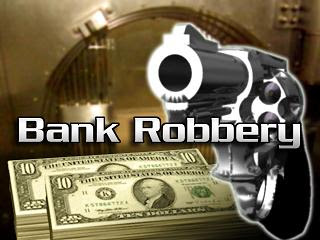 “Daddy told me the gun wasn’t real,” she told her mother, according to a police report made public Friday.

The girl’s mother — Oliver’s live-in girlfriend — knew Oliver planned to rob the bank and use the girl as a hostage, police said. Oliver made her bring the girl and her 5-year-old brother to the bank while the robbery was going down, the police report said, “so that it would add dramatic effects and make it seem more frightful for the employees.”

The mother complied, police said, “because she was afraid of Oliver.”
...

The pieces came together when Rutter interviewed Oliver’s girlfriend.

The 31-year-old woman came to the station on her own and told detectives she believed Oliver and a friend she knows as “Skip” had committed the bank robbery, according to the report. She first heard the men discussing the robbery about two months ago, the report said.

She told detectives that Oliver took their black Ford Focus on Wednesday morning to run some errands, then called her and told her to bring her kids to the bank.

When the woman arrived home after the robbery, Oliver was already there and gave her a $100 bill, the report said.

The woman told police she was afraid of Oliver, who was prone to violence, records show. In August 2008, Oliver punched the woman in the eye and threatened her with a knife, according to a police report. Oliver was never arrested or charged in that case.

While Oliver is a man with a long criminal history and is not exactly a model citizen, it turns out that he was not involved in the robbery.

Needless to say, Oliver wasn't happy about the article written by Star writer Vic Ryckaert and asked for a retraction. When no retraction came, Oliver filed a defamation lawsuit against Ryckaert and the Indianapolis Star in federal court.

The Star's counsel is, of course, Barnes & Thornburg. B&T filed for a summary dismissal of the lawsuit based on the Indiana anti-SLAPP lawsuit, IC 34-7-7 et seq.

The anti-SLAPP (Strategic Lawsuit Against Public Participation) statute was designed to prevent big powerful companies that hire big law firms like Barnes & Thornburg from suing thoe individuals for daring to speak out publicly about those companies. The idea of a SLAPP lawsuit is to drive up the person's legal fees so high, that even though the person may be totally correct on what he or she is alleging, the person will be forced to stop speaking out because the by of the litigation costs. The notion that the deep-pockets Indianapolis Star is using the anti-SLAPP legislation against a private individual, who is most likely indigent, is pretty offensive.

Nonetheless, I do agree that the lawsuit probably should have been dismissed. (I'm not sure the federal court had jurisidiction to hear the defamation case in the first place.) We need to protect reporters and their freedom to povide information. Even Oliver admits that Ryckaert, who I have found to be an excellent reporter, obtained his information from a police report. Should Ryckaert have written it more conservatively and used more qualifying language? Yes, he probably should have. Nonetheless, I believe it is protected speech.

Where this becomes an issue for this blog though is the conduct of the Indianapolis Star in going after Mr. Oliver for filing the lawsuit. The Star could have simply let the case go with the dismissal. Instead, the Star asked for over $9,038.85 in attorney's fees and expenses from Mr. Oliver, which amount has now been increased by another $1,000 or so to include costs for preparing the petition. The court has also granted the $9,038.85 preliminary petition and will undoubtedly increase it to the full amount requested.

It wasn't enough that the Star won the case, beating a pro se defendant. The Star had to also grind salt into Mr. Oliver's wounds getting a several thousand dollar judgment against him for his challenging in court a story that falsely accused him of committing a crime. I would have hoped that at some point basic human decency would have kicked in and the Star would have shown better judgment than to ask for attorney's fees and expenses from Mr. Oliver. Is basic human decency too much to ask for from the state's largest newspaper?

UPDATE: Reviewing the Complaint from Oliver, he said he was suing under 42 U.S.C 1983, a federal civil rights law that applies to violations of civil rights by government, not to private entities and people like the Star or Ryckaert. Reading the complaint though, everything in it speaks of a defamation action, which would be a state claim. Oliver properly filed in state court, but B&T's attorneys used the misidentified federal claim to get to removed it to federal court.

Given notice pleading rules and the fact that 7th Circuit case law says it doesn't matter if you misidentify a statute in a complaint, I would think the Court should have interpreted Oliver's complaint as a mispled defamation action and send it back to state court instead of making a ruling on the merits and dismissing the case. Further, as the complaint really did not state a federal claim, it would not seem the federal court had any jurisdiction to to reach a ruling on the merits of the Oliver's complaint.
Posted by Paul K. Ogden at 11:42 PM

Are Barnes and Thornburg attorneys good, or are they just juiced-in with every judge and powerful family?

There needs to be a new body of law called "Indiana Dismissal," with its own caselaw and rationale. Perhaps the law schools could teach it. Maybe there could be the Indiana Dismissal Law Review.

Compelling articles would be found within. A writer would compare how a state agency received immediate dismissal of a citizen's claim, while a corporation's poorly drafted claim against a citizen would be allowed to proceed.

It could have its own symbolic expressions, similar to Learned Hand's efforts.

"Indiana Dismissal" is a good education in how the court system really works.

If you learn Indiana Dismissal, you can skip the rest of law school.

If you want to be a good lawyer, take the cases that are going to win.

Cato, I can't really comment on such things given the fact I like to continue holding my law license. It is safe to say that B&T and the other big firm in town will do everything they can to get a case into federal court. The rules and interpretations there are a lot more favorable to the big firms. It used to be the "little guy" looked to the federal court. Recently one of the leading civil rights attorney in town told me he does everything he can to stay out of federal court.