Council President Ryan Vaughn Lobbies for ACS at Statehouse, Will Council Members Demand He Recuse Himself for Conflict of Interest?

Gary Welsh has on at least twice on his blog Advance Indiana mentioned that Indianapolis City-County Council President Ryan Vaughn is not only a lobbyist for Barnes & Thornburg which lobbies for ACS, the recipient of the 50 year no-bid parking contract, but rather Vaughn actually directly lobbies for ACS at the Statehouse. As far as I know, Welsh has been the only person who has reported that Vaughn is an ACS lobbyist. I think everyone (including members of the mainstream media) thought he was just a lobbyist for a law firm that happened to lobby for ACS. 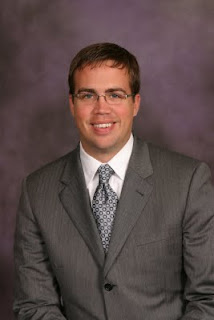 It turns out Welsh is exactly right.

When asked about the source for his statement regarding Vaughn directly lobbying for ACS, Welsh suggested going to the Department of Administration lobbying page. (Previously I had only gone to Lobbying Commission website which just lists Vaughn as lobbying for Barnes & Thornburg.) Sure enough there it is in black and white, not only that Vaughn has lobbied several state agencies on behalf of ACS, but that he is STILL identified as a lobbyist for ACS.

The link can be found here. Scroll down about half way through the listing of Vaughn's clients. I've posted it below without the formatting.

Another thing interesting is that on every one of Vaughn's lobbying clients, a Barnes & Thornburg email is listed. But when it comes to ACS, Vaughn lists Skip Stitt's email. Stitt is the Chief Administrative Officer for ACS.

As Vaughn has personally lobbied for ACS and apparently still lobbies for ACS, it is not clear how the ethically-challenged Council President thinks he does not have a serious conflict of interest in participating in the debate and vote on the 50 year no bid contract. If Vaughn doesn't agree to step down from participating on this vote, someone needs to file an ethics charge against him for the blatant conflict of interest. Republicans cannot complain about the ethics of someone like Monroe Gray, while ignoring more serious ethical problems within their own caucus.
Posted by Paul K. Ogden at 7:27 AM

What does Subject Matters of Engagement mean and who would've done that at midnight on New Year's Day?

I think that's just when the report is listed as filed...probably a default of some sort...probably not nefarious. Several were listed as that date and time.

My god. What makes a man think he is so unassailable?

No man is ever this haughty without assurances that the watchers will pose no threat.

The question is: who are the watchers, and who paid them off?

Don't forget Mike Huber used to work for Skip Stitt, but Huber assures us Stitt has nothing to do with this parking meter deal. Yeah, right.

I agree, AI, how could Stitt not be involved in this??

This whole notion that whenever a conflcit of interest comes up you can just take off your hat and be okay is more than a little disingenous.

Excessive spendng in D.C. just brought us more excessive spending, along with cries of, "Hey, THEY did it." It's like letting one little kid get away from the dinner table before cleaning his plate while the other ones are watching.

I'm not voting for Ryan Vaughn same as I don't vote for Dan Burton. I'll elect a Democrat I differ with ideologically before I vote for corruption of this magnitude.

Where's the Feds? This is the fourth or fifth person to have "ties" to ACS. Something smells with this company, ACS and the political corruption involved.
Can anyone post a full listing of all the people involved or that have conflicts of interest? Roob, Stitt, Vaughn, Ballard, and ?