Do We Need An 18 Game NFL Season? Absolutely...Not! 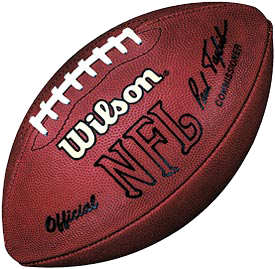 One of the greatest things about baseball is being able to compare statistics from one generation to the next. This is possible because the season has stayed approximately the same lengthy for about a hundred years, the only move being going from 154 to 162 games. Even that change prompted a famous debate over whether Roger Maris surpassing Babe Ruth's single season home run record of 60 should be marked by an asterisk if not done within 154 games, the length of the baseball season when Ruth played.

In baseball, purists dominate. Nearly 25 years later people are still complaining - rightly - about the American League designated hitter rule. Yesterday the Brewer's starting pitcher, who has hit four home runs this season, had two hits. Baseball is a game with only limited strategy. Why remove the biggest decision a manager has to make...whether to pull his pitcher for a pinch hitter?

And I won't even get into how the steroid generation of baseball players ruined baseball statistics. In the 1990s, we had formerly light-hitting second basemen hitting 40 home runs.

Those who promote the NFL don't have the same sense of history as baseball fans. During my lifetime, I easily remember the 14 game season and the feat. In 1978, the NFL went to 16 games. I remember O.J. Simpson rushing for 2000 yards in 1973. Then when in 1978, when the NFL went to 16 games that feat became easier and was accomplished four additional times. When it goes to 18, that feat will be even easier..though I have to wonder about the punishment on a running back asked to play 18 games in a season.

I know the extra two games is meant to replace two pre-season games. I'm all for shortening the pre-season, but I don't see the reason the regular season has to be two more games. Isn't a season lasting 5 plus months long enough? The physical burden and possibility for injury is going to go up. The odds that a Peyton Manning suffers an injury goes substantially up in an 18 game season.

Why go to 18 games? The reason is simple. It's about the money. The owner sees two more regular season games and the TV money that goes along with that. But in the end is it really worth it if you inflict damage on to what is already a great sport. The notion that the NFL won't go through a down period like the NBA and major league baseball has is wishful thinking. Moving to 18 games may help the finances in the short term but in the long term will inflict damage to the game by making injuries to stars more likely, watering down the importance of each regular season game, and wearing down the enjoyment that we football fans experience during the regular season. It's like eating pizza every night. After awhile you get tired of it.

An eighteen game season? NFL, please say "no" to this idea.
Posted by Paul K. Ogden at 5:41 PM

We should not have to giver Irsay the other 2 days of revenue since the contract was written with 16 being the basis of the contract.

I think we also need more teams involved in the playoffs, making the post-season longer, and maybe have two All-Star games - one for Hawaii and one for the lower 48. Alaska would be on its own.

Paul, Pro Football is not bound to tradition. You rarely hear of any player from outside the television generation, and Football doesn't even talk too much about the 70's.

The NFL is where the American mind is made.

I agree, 16 games are enough. It is a far more brutal game than most people imagine or care. The players should say “no,” but they are young and careless, mostly.

We won't even see 18 games util 2012. I am 95 percent sure that there will be a lock out in 2011 wiping out at least the first two games. With revenues declining for most teams (hey not every city gives out sweet heart deals like Indy) I see more games being shown on pay TV. I wouldn't be surprised to see more Thursday games on the NFL network. It will be interesting to see if the NFL can keep their revenue stream cranking out more profits. Apparently there are teams that are hurting. The owners want to take back one billion dollars from the players in the next contract talks and they won't be able to use replacement players like the last strike. It will be interesting to see if pro sports can find a way to tap into the fantasy revenue stream. I know major league baseball was struck down a number of years ago by a judge stating that players names and statistics were considered public domain and MLB could not profit from fantasy leagues using the names and stats for their leagues.