Civil Forfeiture Misdeeds; The Role of the Attorney General

I started my legal career in the office of Attorney General Linley Pearson. Pearson was not one of the flashiest public officials ever, but I respected him for how he ran the Attorney General's Office. One thing that stood out in my mind was that Pearson always told us DAGs that 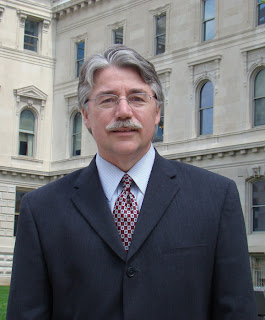 we did not have to represent public officials if we knew they were violating the law. For example, there were cases where elected or appointed officials were suspected of ghost employment or violating other laws, and the AG refused to provide representation. Further, AG Pearson made it clear to the deputies that part of our job was to ensure that public officials complied with the law.

That's not the approach Attorney General Steve Carter and now AG Greg Zoeller take. Their approach is that the elected or appointed officials accused of misconduct or violating the law are entitled to representation from the AG's office and the AG's office is not going to ask any questions whether the officials are violating the law. A few years ago, I had a client who accused the Lake County Prosecutor of ghost employment and had her employment terminated. The AG's office never bothered to look into whether the allegations were true. Instead, the AG's office viciously targeted my whistleblowing client engaging, and at least one deputy engaged in some very unethical and illegal conduct along the way, which I have briefly detailed on this blog and I'll write about more later . That Deputy's conduct was not only never warranted an investigation by then Attorney General Steve Carter, she was promoted and today ranks as one of the top officials at the AG's office.

That brings me to Sunday's Indianapolis Star story on civil forfeiture, a story which does not appear on-line. The article details how prosecutors throughout the state are not complying with the civil forfeiture law and, in the process, diverting millions of dollars that should be going to the common school fund.

Joel Schumm, a professor at the Indiana University School of Law-Indianapolis, pointed out that the Attorney General's Office should be ensuring that the law is being complied with and the common school fund is being properly funded.

This was the response from a spokesperson for the AG's office:

"The 92 county prosecutors are the attorney general's clients, and we provide them legal advice upon request. We do not serve as the accountant for other units of government."

Excuse me? Where in the law does it say that the AG has to be invited to offer legal advice to public officials? Further, is the Department of Education not a client of the Attorney General? Is the Treasurer's Office, which is responsible for the Common School Fund, also not a client of the AG? And what about the Indiana General Assembly? Does our legislature not have a right to trust that the AG is going to insist that public officials follow the laws it passes?

Contrary to the claim of the spokesperson, the Indiana Attorney General does not have a responsibility to aid county prosecutors in the violation of the civil forfeiture law, a violation that is reslulting in the diversion of millions of dollars in forfeiture funds away from Hoosier children and to their own coffers.
Posted by Paul K. Ogden at 11:07 PM

So we have a local prosecutor and a state prosecutor who fail to follow state / local laws and yet this state doesn't have any recall laws!

This is the same problem I encountered when I tried to get someone to do something about the illegal no bid roofing scheme that was costing Indiana taxpayers millions of dollars each year. The local prosecutor passed the buck to the AG and the AG tried passing it back. In the meantime, taxpayers continued to get screwed. Keep shining the light of day on it, Paul, because sunlight is the best disinfectant. Elected officials hate it, but it serves as a cattle prod to get them to do their dang jobs!

The irony is that these people, county prosecutors, law enforcement agencies and the AG's Office (on appeal) all are in the business of putting/keeping lawbreakers behind bars. Yet they seem to think the laws don't apply to them, that they don't have to follow the civil forfeiture law.

People don't realize you don't even have to be charged with a crime to lose your propery in civil forfeiture. And they can use your property for three years without filing anything.