Parking Contract Could Net Politically Connected ACS More Than $1 Billion; Did City Put Taxpayers on the Hook for $2 Million? 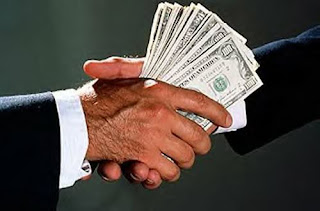 A private company pays to install hundreds of electronic parking meters. Customers pay a higher rate for the first time in 35 years but now can pay with credit cards. The city collects $400 million over 50 years to repair crumbling streets and sidewalks.

The pitch from Mayor Greg Ballard’s administration is compelling. But a proposed deal to sell the city’s parking meters to Dallas-based Affiliated Computer Services Inc. has the city giving up more in the long run than is immediately apparent in the talking points.

The private contractor likely will collect at least $724 million in revenue over the life of the proposed deal, based on an IBJ calculation using city revenue projections that are more conservative than those used by ACS. Under the more optimistic scenario, the company could collect as much as $1.2 billion.

Less clear is how much of the revenue would be pure profit for ACS, the Xerox-subsidiary company the mayor picked this month from among several bidders seeking to help the city unlock hidden value in its parking assets.

The deal, which still requires City-County Council approval, calls for the city to cede control of about 3,650 metered parking spaces in exchange for a $35 million upfront payment for new streets and sidewalks, upgrades to the city’s meter system valued at $41 million, and a minority share of future meter revenue.

The city would get 20 percent of revenue up to $8.4 million annually, and 55 percent above that threshold. ...

ACS declined to disclose its revenue or expense projections—including how much it plans to invest in new electronic meters or how much it will pay to manage the collection of parking fees and fines from violators. "

The article also quotes Fred Laughlin, a vice president with the not-for-profit Indianapolis Downtown Inc. As to be expected IDI, which receives millions in subsidies from the City, acts as a shill for the administration. Laughlin defends the contract and makes the incredible comment that the competitive bidding process ensures the city got a fair deal.

What "competitive bidding process?" The City considered proposals and picked what was felt was the "best" proposal. There was no "bidding process." It was a no bid contract.

Also in the article, Schouten reports that Morgan Stanley's fees on the deal are estimated at $1.5 million. According to Michael Huber, Deputy Mayor for Economic Development, even if the Council doesn't approve the plan, the City is on the hook for "deal interactive fees" for Morgan Stanley as well as up to $50,000 in expenses. I'm not sure what "deal interactive fees" (a google search produced zero hits) but I wouldn't be surprised that is a clever way to avoid referring to Morgan Stanley's $1.5 million bill.

Did our city leaders just put Indianapolis taxpayers on the hook for nearly $2 million on a deal that may never pass the Council?

For the rest of the article click here.
Posted by Paul K. Ogden at 11:21 AM

At this point, we will be lucky if it only costs the city $2 million.

Probably, but let those big-time lawyers have to sue the City, in order to be able to collect such an outlandish a bill, fully publicized.

I seriously doubt they will sue the city, the city will have the money stuffed in their pockets before we can blink.

Ding, ding, ding...Jon is the winner. I have never even heard of the City ever reviewing a legal bill from a big law firm, much less challenge it.

Candidate Ballard promised transparency. You can't get any more transparent than crafting a deal that gives nearly a billion dollars to a well-connected contractor.

Also, when Ballard bilks the residents 50 years from now for our immediate gratification -- is that his take on his campaign promise to 'make decisions based on the welfare of the city 10 to 50 years out'? Is it his aim to cause the entire city to be on welfare in 10 to 50 years?

I was aghast to read in his budget presentation, that his PR people are spinning the idea that Ballard actually cares about the cost of living in Indianapolis. Let's see -- he is raising sewer rates, water rates, parking rates, fees, and various taxes. I'm sure I am missing a bunch of stuff Ballard is doing to explode the cost of living in Indianapolis -- without anything of substance left for the next generation -- just gargantuan bills so that his reelection campaign slush fund is fat.

Shameless. His original campaign slogan was simply prophetic. He is the one he warned us about.

Affiliated Computer Services, has created many of the core issues.
They lack ethical standards of responsibility and accountability which derives from the top corporate management and oozes down to middle and
lower management. Their management staffs are deficient and uncommitted in identifying the fundamental problems. Politics is dominant in upper and middle management, and middle mangers make arbitrary decisions and usually do not suffer the consequences. Nor are they held responsible for the mess. In other words, the exploitation and castigation of those working any position other some form of management will continue. The operative assumption should be that
someone, somewhere, has a better idea; and the operative compulsion is to find out who has that better idea, learn it, and put it into action to find initiatives to improve client services, total claim results, operational efficiency, and staff retention. An effective organizational structure that would ease working relationships between the various entities and have a
set order and control that would enable monitoring of all processes. Using a divisional structure indisputably is not working. A matrix type program would be evidently a more considerable approach.

Our communities so desperately are in need of services. They are being denied their right of benefits in a fallible process. Their subsistence is being raped by corporate greed; our people waiting four months for food and our
people waiting six months for health coverage. This company has fabricated their reports while those in my church congregation suffers and our neighbors and our children suffer. It’s as bad as the man that began approaching a widow in the
congregation for money. Their GREED and self absorbed agendas try to persuade others to deny reality so their power-seeking missions can continue unobstructed. The corporate managers in Indianapolis, manipulate the truth, and capitalize on anything that suits their purpose, even if it stands to destroy other aspects of life; human life.
They are power-hungry people distorting the truth by making it seem they have more power by falsifying reports and lying to justify the of the emotional fear as a weapon with which to overpower their employees.
Do not be deluded by the arrogant misrepresented rhetoric of their forked tongues.
Indubitably GROSS NEGLIGENCE as ACS - Affiliated Computer Systems management has consciously and voluntarily disregarded human life.