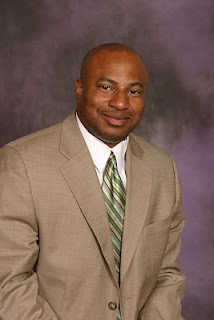 I haven't heard the news reports yet, but according to the below press release from Councilor Jose Evans, Mayor Greg Ballard announced today that he was ending the car take home policy for IMPD.

I can understand reforming the policy...for example, they should not be able to take the cars out of the county and prohibiting officers from operating the car after having consumed alcoholic beverages...but to end it? That seems pretty extreme. I would think there is a substantial deterrent effect to people seeing those law enforcement vehicles in Indianapolis neighborhoods.

Here is the press release:

The recent shooting on the west side of Indianapolis where two residents, were killed and six others injured, demonstrate the vital importance of a police presence in our communities.

That’s why I am very concerned to learn that Mayor Greg Ballard today announced a new policy that will prohibit officers of the Indianapolis Metropolitan Police Department from taking their vehicles home.

While I can appreciate the need to cut back on expenditures, the safety of our communities is not an area where a mayor should cut corners. The presence of police cars in neighborhoods where real people live, acts as a deterrent on the commission of crime. As crime in Indianapolis continues to soar, it is essential that we preserve this weapon against crime in our communities.

Last month, the Mayor announced he supported giving the Pacers $33.5 million dollars over three years. Now this month, the Mayor has taken the position that the safety of our communities as well as the loyal men and women who serve the public as law enforcement officers, do not deserve the same support.

Being mayor is about setting priorities. Mayor Ballard’s priorities appear to be about giving sweetheart deals and tax breaks to downtown businesses. As a candidate for Mayor, I would make keeping our communities safe and supporting our police officers a priority.

At the next Council meeting, I intend to introduce a resolution asking the Mayor to reconsider his decision to end take home cars for IMPD officers. I would respectfully ask my colleagues on the Council, both Democrats and Republicans, to support my resolution.
*** ***
Posted by Paul K. Ogden at 6:38 PM

It's good that Councilor Evans is offering some real opposition for the Democratic nomination for a mayoral candidate. He, more often than not, has been out in front of the issues (even though he's done a bit of pandering IE the Arizona boycott). All too often, Melina Kennedy has been silent, or only offered minimal opposition, to Ballard initiatives.

Thinking and knowing are two different things. What studies show that a take-home policy is a proven deterrent?

Another great political move by Ballard. In one badly thought out move he has lost support of every IPD officer on the street. Yes I know it will save a few dollars but it has lost him a ton of votes.

This topic has been studied for years, and the results are pretty split down the middle. I do not know of an actual study for Indy, but others in the U.S. come out both for and against.

The major issue I beleive is the lax inforcement of the residency rule as it applies to take-homes. I know there are several IMPD officers who live out of county yet have take homes. I've seen several in the Greenfield area. I also know of several with MCSD, one living as far away as the Pendelton - Anderson area.

Getting a handle on these violations would be a good start, then step back and look at the program as a whole. Of course this approach does not address the whole drinking and driving issue. Frankly, I think that will take more work than the current leadership of IMPD has the muscle to do.

Sad thing is there have been studies when Mayor Goldsmith reinstated the take home policy showing that vehicle cost for maintenance sky rockets with a pool car program.
With a pool car program, you have a "lack of ownership" responsibility. People do not keep up on maintenance because of the "someone else will do it" mentality, and the mentality that why should I take it for maintenance because "it isn't mine."
IMPD has vehicles in its fleet older then 1997's. Many well over 100k miles on them. That is City hard miles. When Mayor Hudnut ended the take home policy they were having to replace the fleet much more often, and vehicles with only 50k miles on them were in worse shape then vehicles currently having over 100K miles on them.
The reduction of crime is hard to prove, but a Car parked at a Walmart, Bank, Marsh, or even in a neighborhood would make me if I was a criminal think twice about choosing that place as a target.
Plus there are numerous hours given by Officers whom are not on the Clock but see something happening while driving their take home and take action.
If Mayor Ballard chooses to end the program that has served this City well due to cost I think it would be a huge mistake. It seems to me in these tough budget times that adding to the Department of Public Safety Office Staffing of Public Relations personal and also a Deputy Director should have been questioned by the Mayor instead of the take home policy. Perhaps the cost of new office furniture for the Department of Public Safety Office shouldn't have been approved.

If you ask me, let's eliminate the take-home car program for every other city department, including Sheriff's department, before we do it for IMPD. I don't know if there's a reduction in crime, but the fact of the matter is is that there will be times when these officers will need to get to work at a moment's notice.

Congratulations to Mayor Ballard for ending this wasteful policy. This action took a great deal of courage to stand up to the big labor unions and big-government advocates.

Take-home cars have proven to have no reduction in crime, and we taxpayers are tired of seeing cops take their families shopping on our gas dollar. The City has a huge budget shortfall to cover, and take-home cars are a great place to start.

The Mayor got this one right. Let's hope his administration is taking a turn toward conservatism.

Evans and Ogden are wrong; Ballard and Cato are correct. We want the IMPD vehicle take home policy ended.

I love all of you law enforcement experts.

All I know is that I would welcome a police car in my neighbors driveway all night or any time.

When I am driving and see a cop car I slow down. If someone is going to break into my house and they see a cop car in the driveway next door, chances are they will go away.

The next time you need a cop call 811 and see what happens. Be careful what you pray for.

Typical of this board to jump on the cops all at once,right now it's a feeding frenzy and it should be. These cops need to be put away. But the fact is that there are crooks in every one of our companies.


Next time your robbed, in a car accident or raped call 811 and see how that goes.

Bill, it's insulting to say "typical of this board" when at least half the posters in this topic support take-home cars.

And yet, you dismiss the opposition to take home cars as part of an anti-police (as you often do with any post that dares to crticize a LEO). No one here is anything like that. But it's a legitimate policy debate to have. Many other municipalities have various regulations on take-home vehicles.

Indy Student, Bill is so typical of union employees who pitch a fit and threaten to walk off the job when they have to give up any benefit so the company won't go bankrupt.

If you were running late for work and had a take home squad car, well you could just fire up the siren, drive at 3 times the speed limit, run red lights, and race into work at the last minute!

Is the anonymous "Bill" a police officer or associate, who is threatening some of us, with a refusal to perform sworn duties to protect and serve us if we need them? (referencing his last and third to the last paragraph) If so, shame on him, and I wish he would identify himself.

Cato said "Take-home cars have proven to have no reduction in crime,.... "

Studies done under the Goldsmith leadership that Costs of a Take Home is cheaper then having "Pool Vehicles," in maintenance.
One could also argue that time in service has increased. You see with a take home vehicle one would not have to load and unload the equipment issued to them that they are responsible for before being on the street, and then having to go out of service early to empty the same equipment (because of over-time costs) if having to stay after to unload. Not to mention the increase in overtime costs when late runs occur, and the pool-cars are not back at roll call so they can be swapped out for the next shift. You end up with a lapse of service to the Citizens because of the loading and unloading. I know of Officers whom worked during the pool car years. If a shift had a late run, say a homicide, that pool car would be out of service for hours, and thus the next shift would have officers whom were unable to patrol just sitting in their roll call doing nothing to prevent crime waiting for that car to be brought back to roll-call.

Bill, why is it that the bad cops are never outed by the good cops, but by citizens or flagrantly public abuses that cannot be denied? Why are cops trying to prevent citizens from photographing them while they are on duty?

For years police had no take home cars and responded to runs. Remember those days? No one threatened you, why do you threaten us as the public? Whatever happened to "Protect and Serve"? Shame on you "Bill".

Bill, why is it that the bad cops are never outed by the good cops, but by citizens or flagrantly public abuses that cannot be denied? Why are cops trying to prevent citizens from photographing them while they are on duty?"

I wouldn't say that bad cops never get outted by good cops. I would say it is handled internally and the media doesn't report about it. Therefor the Citizens are given the impression that "Good Cops" are just sitting back letting "Bad Cops" do what they want.

If Officers are in a private place not in public I could understand them not wanting photographed, but if they are in a public place there shouldn't be a problem with it unless it is for religious reasons.

To clear up the whole cop-photography thing, Carlos Miller runs an excellent site on exactly this subject called "Photography is Not a Crime." The Supreme Court has repeatedly ruled that there is no expectation of privacy while in a public place.

I've personally never had a problem photographing cops. I snapped pics of several when those union protesters were arrested a month or so ago.

Is use of the vehicle considered a benefit for tax purposes? For example, if I get a company car while working for somebody that can be considered part of my and taxable I believe.