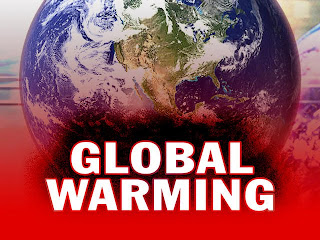 Today in the Indianapolis Star, a letter to the editor noted the hot temperatures this summer and said this proves global warming.

Nonsense. Our planet is 4.5 billion years old. We have only kept temperature records since approximately 1871, nearly 140 years. If you study climatology you will find that long-term heating and cooling periods last thousands if not tens of thousands of years. During those long term trends you have shorter zig-zag periods lasting hundreds of years when temperature warm up and then get cool.

A 140 year period is far too small of a sample to try to gauge a long-term warming trend. (Looking at a single year is downright ridiculous.) The only way to properly measure long-term temperature change is to look at climate records over hundeds of thousands of years. The thawing of glaciers do not prove a long-term trend as the glaciers have melted during several year long short-term warming periods long before man set foot on Earth.

Looking at Indianapolis August temperature records for August, here is what I found in terms of the hottest and coldest Augusts on record:

You'd think that if the 141 year period showed extensive global warming the 10 warmest years would be of recent vintage. Yet only one is within the last 14 years.

Of course, human activity causes warming. It's the same reason that a paved parking lot produces higher surface temperatures than it did when the parking lot was a grass field. The question though is how much warming is caused by human activity and it is worth the trillions of dollars that it would cost to try to stop that warming, if that is even possible. Another question, almost always ignored, is whether a warmer planet is a bad thing. Virtually every discussion of global warming begins with the unquestioned assumption that today's temperatures are the ideal and that any climate change will wreak havoc on the planet. Of course the climate has been changing for 4.5 billion years of the planet and is unlikely to stop any time soon.

Yes, it's hot outside today and may be even hotter tomorrow. But as far as proof of global warming, our August heat wave proves nothing.
Posted by Paul K. Ogden at 4:02 PM

I'm more concerned about the chunk of Greenland the other day.

I'm more concerned about the chunk of the Greenland's ice cap that broke off the other day.

--You may not agree but now it makes sense.

Any temperature change is going to create winners and losers. The winners would be those in Minnesota who will have a longer growing season. The loser would be those in low-lying areason of Florida that will be covered by water if the seas rise.

That's been going on for billions of years though. The only constant in terms of our climate is that it has always been changing.

Snow in Brazil, below zero in the River Plate, tropical fish frozen

Coolest July in San Francisco since 1971

Where is summer? Record cold at LAX

A thousand years ago, it was warm enough for Scandanavians to colonize a portion of Greenland.

Who is to say what is cyclic, and what is not? Global climate is something shorter than geologic time, but longer than our collective memories. Still, people try to use shorter term data to extrapolate much longer term systems.

Climate isn't the internet, after all. lol

And even the planets furthest from the sun are heating up.

Planet temperature changes are normal and it is not anything that we can control by taxing carbon credits or not leaving giant carbon footprints by flying our private jets around the world to warn people about carbon footprints.

Al Gore lied. He's the one that stands to make billions off the scam.

Thanks for taking the time to give us this factual analysis, Paul. No more taxes!