In Defense of Napping: Americans Need a More Enlightened View 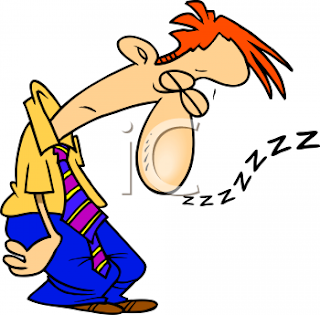 I've always found curious Americans' attitude toward the mid-day catnap. In this country, a nap is not seen as a way of refresh one's energy during the day and stay mentally sharp. Rather it is seen as laziness, a badge of shame, or at best a sign someone didn't get enough regular sleep at night. Nappers know that is wrong, that the need for a daytime nap doesn't go away even if you get 10 hours of sleep at night.

When I worked for a judge several years ago, he insisted on keeping it a closely-guarded secret that after lunch he would take a nap. I talked to him once about it, telling him I too was a napper. In law school I would curl up on the couch in the library and take a nap. After 10 minutes or so of sleep, I'd wake up refreshed and much more alert. The judge went from being embarrassed about his napping to being relieved to hear he was not alone, that someone nearly five decades younger also practiced the after lunch nap.

The need to nap extends to the Major League Baseball. Seattle Mariners Ken Griffey, Jr. was called upon to pinch-hit in a recent game and was found snoozing. Forget that Griffey had previously awaken from catnaps to hit home runs, this is America and napping during the work day in this country is a sin. 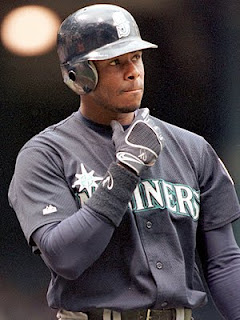 In an article written by Seattle Times columnist Danny Westneat shredded the argument Griffey had done something wrong and criticized Americans' views of napping:

It was the Nap Heard 'Round the World.

What a spectacle, after we've gone through everything from economic meltdowns to police beatdowns, to see Seattle making national and international news because our star athlete couldn't stay awake on the job.

It's not only OK that you were found stone-cold asleep in the Mariners' clubhouse in the middle of a game.

"Hmmm, the team is in last place? Well, the data are absolutely clear that naps are incredibly beneficial for boosting performance and alertness," says Mark Rosekind, chief scientist at Alertness Solutions, a California firm that helps astronauts to Olympic athletes handle fatigue.

Hear that, Mariners? You're handling this all wrong. You're acting as if nap time is some sort of scandal.

You should embrace the nap.

Rosekind isn't some drowsy layabout. He ran NASA's Fatigue Countermeasures Program. He did a groundbreaking study on fighter pilots in which he gave them 25-minute naps in their cockpits during long-haul flights (someone else took over flying the planes).

He wired the pilots to record brain and eye activity. For those who snoozed, the bottom line is their flying performance went up 34 percent. Alertness, measured by reaction times, soared 54 percent.

This revelation led many airlines around the world to adopt policies encouraging pilots to nap on the job.

Airlines elsewhere, that is. In America, the FAA wouldn't hear of it. We're too tough to nap.

"In America, the attitude if you nap is that you're a slacker, that you're somehow stupid and lazy," Rosekind says. "But the data show the exact opposite.

"Nothing pumps up performance as much as a nap."

Unlike the judge I worked for, I don't care what people think about my taking a nap. Science and the rest of the world say I am right. It is Americans' anti-nap attitudes that are wrong and need to change.

I so agree with Paul, about the value of napping.