Mayor Ballard Off On Another Junket, This Time to India 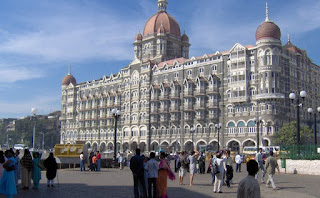 From the Indianapolis Star:

Indianapolis Mayor Greg Ballard is leading an economic development trip overseas to India that departs today and is scheduled to visit Mumbai, New Delhi and a new sister ity.

The $33,000 cost of the trip is being borne by private donors, with the Greater Indianapolis Progress Committee acting as the fiscal agent, said Paula Freund, spokesperson for the mayor's office.

The delegation will work to create partnerships with India-based technology and engineering firms, life science and pharmaceutical companies, agricultural schools and research organizations to build on India's and Indianapolis' reputations as leaders in information technology innovation, she said.

Ballard also will establish a sister-city relationship via a memorandum of understanding with the Indian city of Hyderabad, which has an established IT sector

To read the rest click here.
Does anyone really believe these exotic trips actually produce enough business that they are worth the cost? I'm sure that it will be pointed out that the taxpayers aren't paying for the trip but instead the Greater Indianapolis Progress Committee is footing the bill. Someone help me out here...didn't GIPC receive a substantial grant of money in 2009 or 2010 from the City? So instead of the City paying for the trips directly, the City gives taxpayer money to GIPC which then pays for the trips. Now who is this shell game supposed to fool?
Posted by Paul K. Ogden at 9:20 PM

Have ANY of the Mayor's junkets resulting in any company moving here? If not, has there been ANY measurable benefit?

Hyderabad, the outsourced tech support call/center capital of India, home to thousands of what were formerly jobs held by people in this country.

Pay no attention to that man behind the curtain! I am the Great and Mighty Oz!

This is so much smoke and mirrors.

The money for these trips is coming from the private sector, a few individuals from Indianapolis. The results are not only that there no companies moving here and creating job for hard working Hoosiers, BUT the complete opposite these few individuals that sponsor the trips, end up applying for H-1B (working/student ) visas for unqualified nonprofessionals to bring here to Indy and into the Government center on Government contracts. Thus, taking jobs away from qualified local professionals. Not only is this bad for the local economy and the local IT job market. Why is the mayor allowing and encouraging this, and allowing these many people on H-1B visas to into the Gov. center and have access to vital information?