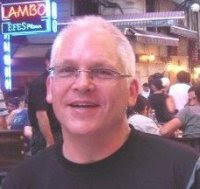 The deadline for filing pre-election finance reports was Friday April 16th. Ten days have passed and the pro-referendum political action committee "Pike Taxpayers for Better Schools" still has not filed its pre-election report. Meanwhile PTBS is sponsoring phone calls, has yard signs throughout Pike Township and is sending out slick mailers.

One has ask the obvious questions - who is funding PTBS and why does the political action committee continue to violate Indiana law by failing to file its report? Is it because the PTBS trying to conceal from the voters that the PAC is funded by the construction industry?
That the proponents of the Guion Creek Referendum have not approached voters honestly with was first evident with the question that was written. Rather than right a straight-forward question presenting the issue honestly, the School Baord placed "hot button" words in the question to try to skew the result. Thus voters see confusing references to "revenue neutral," "equity" and "providing our teachers with the tools needed to offer quality education to all of the children in our community" in what should have been a straight forward, honest question about whether to build a new school.

Even in its literature, PTBS continues to spin untruths about the referendum. In a mailer, it claims repeatedly there will be "no tax rate increase." The Department of Local Government Finance disagrees and required that the referendum language include that the project "is estimated to increase the property tax rate for debt service by $0.2375 per $100 of assessed value..." That translates to $237.50 per $100,000 of assessed value.

PTBS also fails to mention that the $237.50 is completely outside of the property tax cap thus there is no way the referendum supporters can promise that individual taxpayers won't see a tax increase. In addition, in minutes from the December Pike School Board meeting, there was a lengthy paragraph explaining that there is a four year overlap in the bonds and that the project would necessitate a tax increase so the school district which would allow the school district to pursue other projects. While the School Board later "corrected" this paragraph as being wrongly transcribed, it is inconceivable that the person transcribing the notes simply made a mistake as to an ENTIRE lengthy paragraph.

I guess we should not be surprised by these tactics. Pike administration officials are using its website to promote the referendum and there are apparently posters in every Pike school promoting the Guion project. Both are in clear violation of the law prohibitng school districts from using taxpayer resources, directly or indirectly, to promote a referendum.
The Pike administration and PTBS seem to have a problem with following the law and presenting the referendum to voters honestly. Pike taxpayers deserve better.
Posted by Paul K. Ogden at 2:14 PM

The rest of us have greater problems, getting these election laws enforced. Oh, well, at least, one can vote against the violators and their proposals.