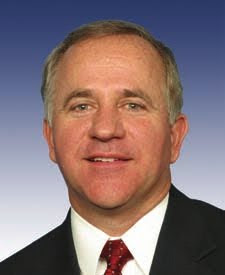 I was surprised to arrive home tonight with a letter from "Buyer for Congress" in my mailbox. Congressman Buyer apparently used campaign funds to send out a mailing to his constituents (though I would note that I am in the 7th not the 4th district) to tell them the Office of Congressional Ethics had "vindicated" him and his role in the Frontier Foundation.

Through a cut and past job, Buyer claims that the "liberal group CREW" (Citizen's Group for Responsibility and Ethics in Washington) that the OCE had found he had not acted improperly as to the Frontier Foundation he had set up to supposedly raise money to hand out college scholarships to needy students. In the release, Buyer says OCE found there was not "Reasonable Cause to Believe the Allegations."

I have looked all over the internet and haven't been able to find this conclusion by OCE. OCE instead has refused to comment on the action taken, which Buyer has decided to spin as positively as possible if even it involves questionable use of a campaign funds.

First of all CREW is certainly not a "liberal" group. For example, on its website, it lists the 15 most corrupt members of Congress, and singles out 8 Democrats and 7 Republicans. A review of their history reveal CREW is bipartisan when pursuing elected officials for ethics violation.

Nonetheless, I am not buying what Buyer is selling. This is from the CREW's website:

25 Jan 2010 // Washington, D.C. - Today, Citizens for Responsibility and Ethics in Washington (CREW) filed complaints with the Office of Congressional Ethics (OCE) and the Internal Revenue Service (IRS) against Rep. Steve Buyer (R-IN) and his so-called charity, the Frontier Foundation, Inc. CREW alleges Rep. Buyer has used the charity to foot golf fundraisers at exclusive resorts where he hobnobs with corporate donors – who also contribute to his campaign committee and leadership PAC – who have business before him.

Rep. Buyer helped found Frontier in 2003 and is its honorary chairman. Family members and political confidants, including his daughter and son, make up its board and run its day-to-day operations and it long shared an address with his campaign committee. Although Frontier claims its central purpose is to provide scholarship funds for Indiana students to attend college, in its six years of existence it has not awarded a single scholarship. Even the paltry donations the foundation has made
have no relationship to scholarships - largely, they went to a charity run by a pharmaceutical company lobbyist and the NRA.

Instead, Frontier has held fundraisers at exclusive golf resorts where representatives from corporations and trade groups with issues before the House Energy and Commerce Committee, on which Rep. Buyer sits, have access to the congressman. PhRMA alone has donated over $200,000 to Frontier, with other contributions coming from telecommunications, tobacco and alcohol, health, and the other pharmaceutical interests. These entities also have contributed heavily to Rep. Buyer’s campaign committee and leadership PAC. In addition, PhRMA hired Rep. Buyer’s son, Ryan, straight out of college.

Rep. Buyer has taken legislative action supported by these contributors. In 2007, he helped defeat a provision opposed by drug manufacturers and broadcasters that would have imposed a three-year ban on advertising new drugs, and he later opposed a bill giving the FDA the authority to regulate tobacco.

And Representative Buyer wants us to believe this is a perfectly acceptable arrangement? How stupid does he think we are?
Posted by Paul K. Ogden at 8:13 PM

Maybe after being a member of Congress for so many years, he understands that way too many people seem to like being fooled by hucksters and people in authority. I am glad he is retiring!

Like CREW you obviously provide your slanted views which is why blogs have so little credibility.