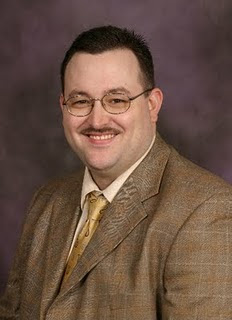 This press release came in this weekend while I was out of town:

INDIANAPOLIS, IN - The Libertarian Party of Marion County (LPMC) is proud to support an upcoming City-County Council resolution which affirms the rights of Indianapolis citizens under the United States and Indiana Constitutions. City-County Councillor Ed Coleman (L) will introduce a resolution this Monday, March 22, in support of the Second Amendment to the United States Constitution and the protections it provides to Indianapolis residents.

The resolution further expresses its support of the position of Indiana Attorney General Greg Zoeller (R) who co-signed a “friend of the court” brief in an important Second Amendment case argued before the Supreme Court. In the brief, Zoeller and a bi-partisan group of more than thirty other state attorneys general argue that the Second Amendment applies to state and local units of government. The case, McDonald v. Chicago, was heard before the Supreme Court earlier this month and is expected to be decided later this year.

Councillor Coleman proposed an ordinance earlier this year which would allow law-abiding citizens to defend themselves in city parks. The proposal is currently tabled. “This [resolution] is a simple vote,” says Coleman; “either you support the Constitution or not.”

Timothy Maguire, Chairman of the LPMC, is confident that Councillors and the Mayor can put aside their differences and support the Attorney General. “Regardless of our disagreements about Indianapolis gun laws, I think we can all agree that the Bill of Rights is as much of a limit on local government as it is on federal government.” Coleman continues, “If elected officials do not support the U.S. and State Constitutions, they should resign as they can’t effectively support their constituents.”
The Libertarian Party is the third largest political party in the United States, and is the only non-major party with ballot access in the state of Indiana. Libertarians believe in a small non-intrusive government that is financially responsible, administratively competent and socially tolerant.

The resolution being introduced by Councilor Ed Coleman should be a no-brainer at least for the Republicans on the Council to support. The sole Republican who might have trouble signing off on the resolution is Mayor Greg Ballard whose administration has taken the position in court that the Second Amendment does not apply to the City's gun policies and ordinances. In other words, Ballard takes the position that the Second Amendment only applies to the federal government and not state and local governments like the City of Indianapolis. Ballard's position is directly contrary to AG Zoeller's position and is not a popular position for a Republican officeholder to take in any part of the State..

If as expected that the U.S. Supreme Court rules this Summer that the Second Amendment does apply to states and local units of government, it is quite possible that Indianapolis' gun ban in parks would be one of the first test cases by national gun rights groups. I have doubts that the city's park gun ban could survive a Second Amendment challenge.

Ballard might think his battles with gun-rights supporters was over with the tabling of Coleman's guns in parks proposal, but in realitybigger battles probably lie ahead. Undoubtedly Mayor Ballard is well on the way to turning off a significant and critical segment of the Republican base - gun rights supporters. That's not a smart thing for a politician to do when he needs to hold onto every Republican vote in order to win re-election.
Posted by Paul K. Ogden at 11:00 AM

Bravo. Ballard should be ashamed of himself for attempting to deny our right to defend ourselves.

Thank goodness there is a group of individuals who did the very hard volunteer work to get us Hoosiers a third party with ballot status, and thanks to its chair calling for the elected officials who do not support the Constitutions, to resign. We owe them immense gratitude.

I always thought state laws took precedent over local laws. How can the city ban guns? My permit says "not good on commercial aircraft", not "valid only where Greg Ballard approves".